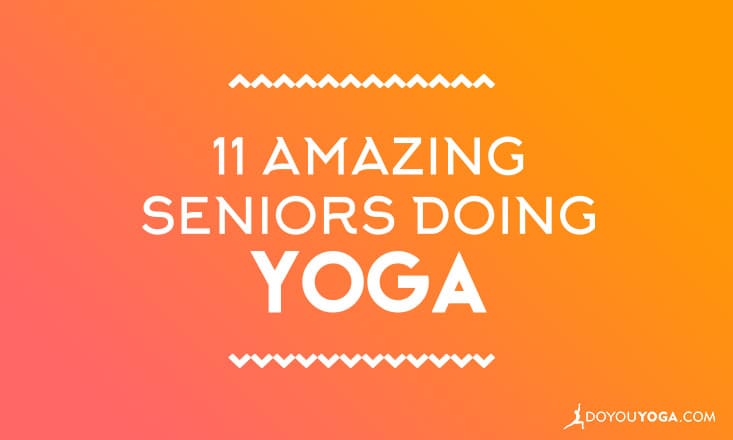 In 1513, Spanish explorer Juan Ponce De Leon discovered the Fountain of Youth, a famous spring that was thought to restore youth to those who sipped or bathed in its pure waters. Unfortunately, that spring was either a myth, has since evaporated, or lost its potency.

But on a more positive note: there is still a magic bullet for youth, though you won’t find it in a bottle, or on a pharmacy shelf. It’s yoga!

Need the proof? Check out these amazing seniors doing yoga who refuse to let age keep them from doing incredible things in their golden years. You won’t find these folks knitting in rockers or hunched over walkers.

1. This Little Lady Said, “I Don’t Think So” to Carpal Tunnel Syndrome 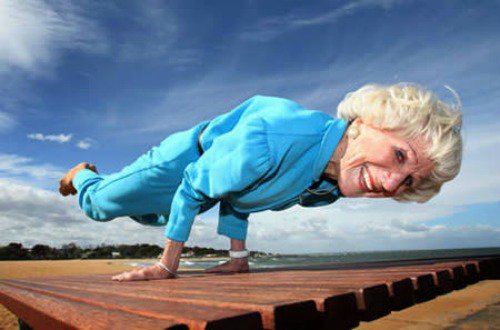 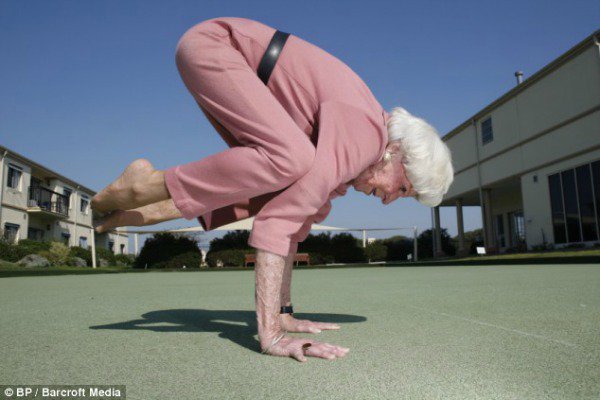 Maybe so, but she’s giving nursing homes the bird with this incredible Crow Pose. 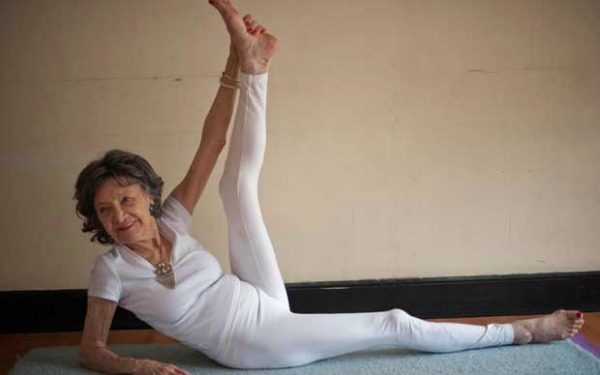 This 93-years young diva is not only doing yoga, she’s teaching it. Guinness World Records named her the Oldest Yoga Teacher in 2012.

4. He’s Not Worried About Falling and Not Getting Back Up Again 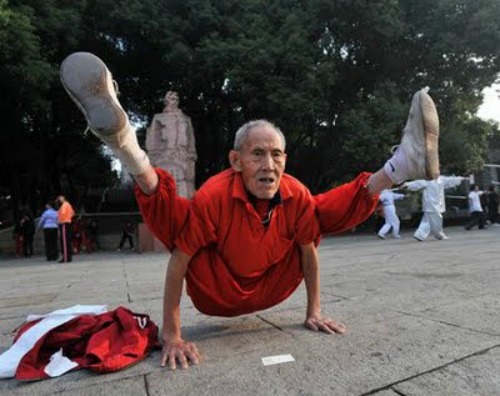 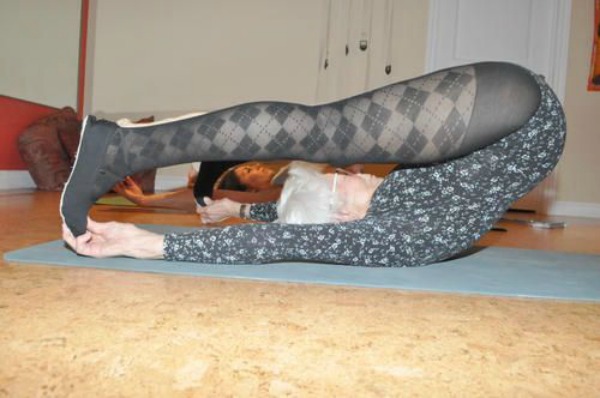 And check out her Plow Pose — not easy, as even much younger yogis can attest.

6. Break Up the Monotony: Strike a Pose at This Random Bus Stop 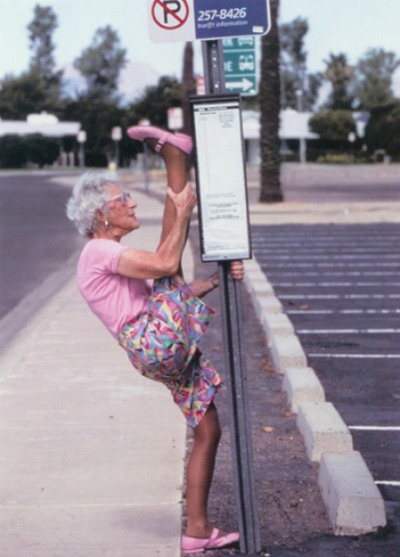 Because there’s no sense in sitting idly on a bench when you can straddle a pole on some city street.

7. Not Sure Who Started the Trend, But 90-Year-Old Mary Skaggs Gave it a Shot 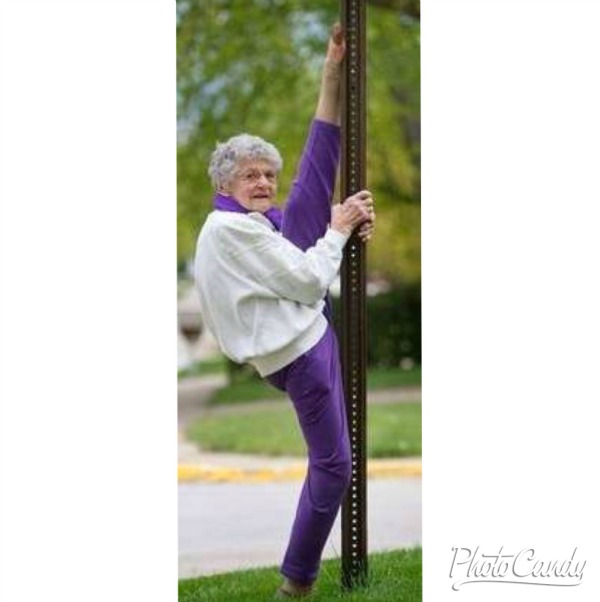 It’s the old lady version of the Mardi Gras boob flash. Only, this is much classier, and a lot harder to maneuver.

8. Eighty-Seven Years is Nothing, According to Yoga Enthusiast and Teacher Bette Calman 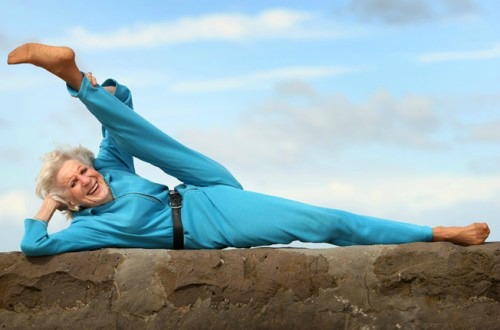 9. Drag Out the Tree, Hang the Lights, Decorate the Mantle, and Touch Your Toes 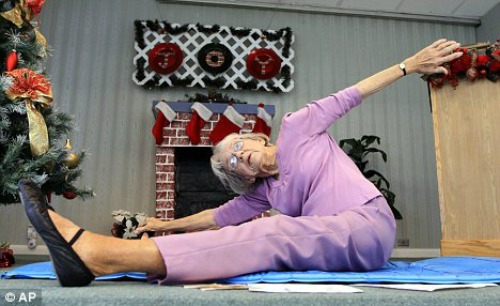 10. Who’s Up For a Mid-Afternoon Monkey Pose? 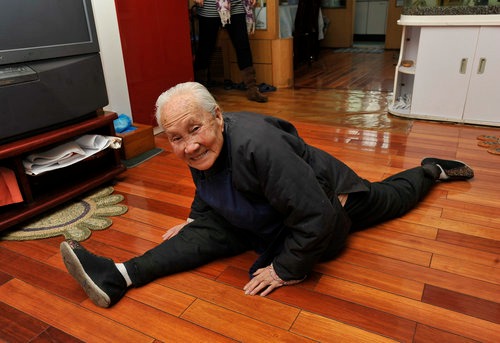 11. Child’s Pose is For Children 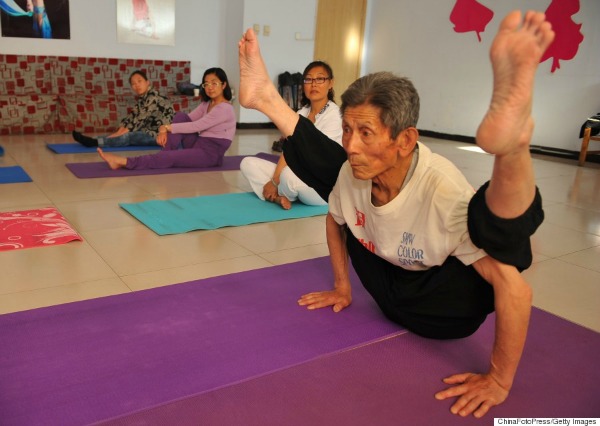 This 84-year-old yoga teacher has more impressive asanas in his arsenal. Meet Hou Zhenshan, a yoga teacher who’s been practicing for more than 30 years in China.

Next time you toss out some lame excuse about your limitations, think about these senior yogis who aren't letting anything stop them. Know that you can be fierce, flexible, and full of life no matter what your age if you just keep rolling out your mat and making time for yoga.

What do you think about these amazing seniors doing yoga? Do you plan to be one of them? Leave us a note in the comments!