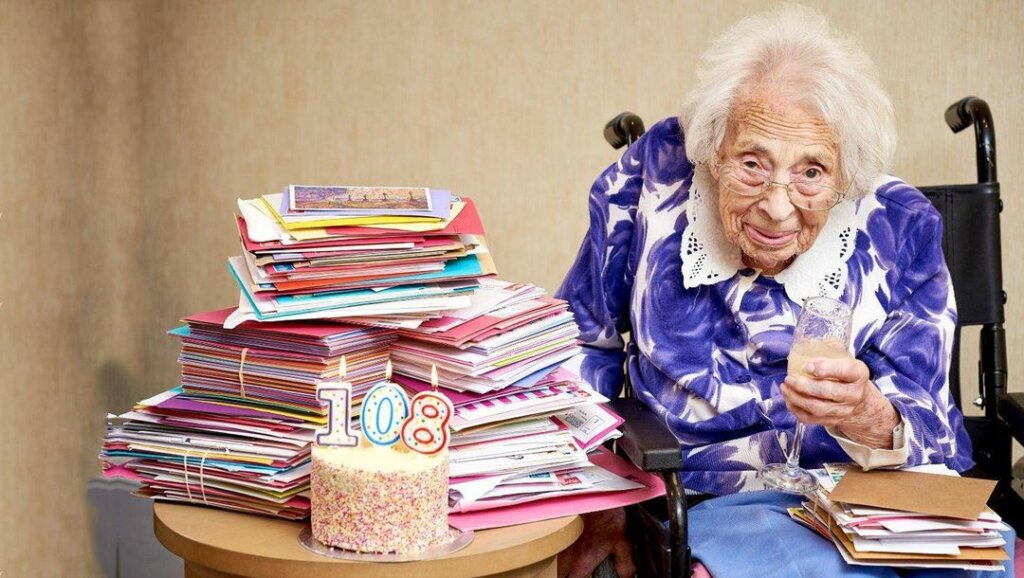 When you hear someone has reached a century of life, what do you suppose their secret is? Exercising everyday? Eating all of their veggies? Smiling a lot?

Well, in the case of Dorothy Flowers, who just celebrated her 108th birthday, it’s none of the above. She accredits her long life to drinking champagne. And just to help you wrap your head around how much she has seen and experienced, think about this: Dorothy was born before the start of World War I. Isn’t that crazy? 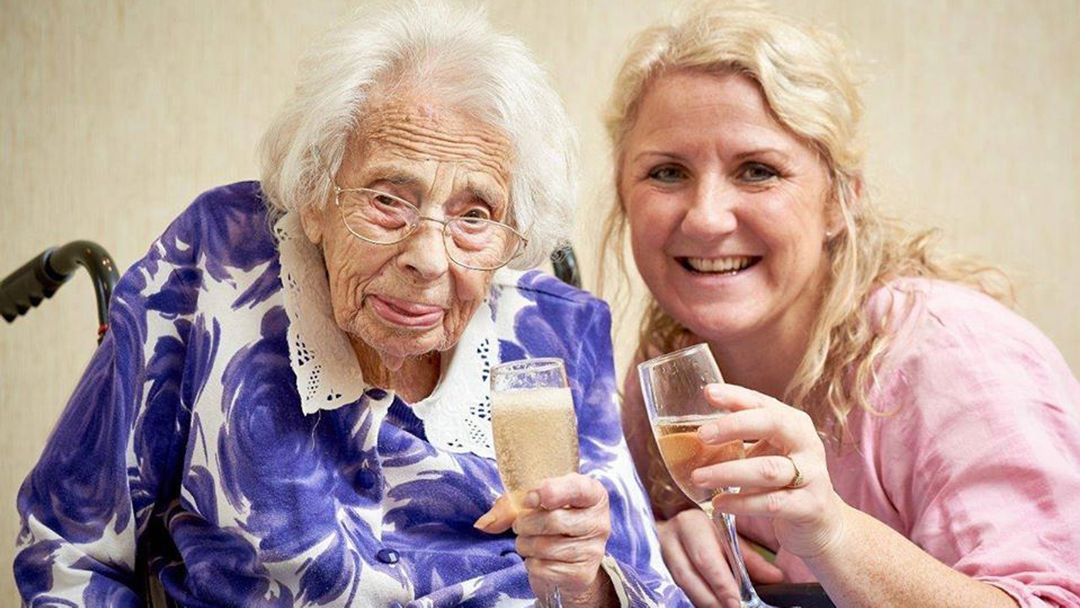 Dorothy lives at Bupa Southlands Care Home in Harrogate, and she’s received over 600 birthday cards from around the world to congratulate her. She, of course, enjoyed some bubbly to celebrate.

According to the Independent, the care home’s manager, Helene Ballinger, says that a glass of champagne is the only drink the lovely centennial woman always finishes! Dorothy’s niece, Judith, says that even though her aunt can’t talk anymore, “the smile on her face said it all.”

All this good news makes us think if there is actual scientific evidence that back Dorothy’s secret to longevity. Let’s look at the research.

Is There a Link Between Moderate Alcohol Intake and Longevity?

Research shows that there is a benefit to light and moderate drinking on your health. In one study that took into account data from almost 90,000 men in the US, researchers found that men who drank between 1 drink per week to 1 drink per day had a reduced risk of total mortality, especially the risk of heart disease.

Now, for all of you looking to find an excuse to drink an extra glass or two of alcohol, hold that thought. Evidence only showed that there was a benefit to consuming alcohol with between one glass a week to one glass a day. However, for people who drank more than two glasses a day, the risk of death increased. The study also showed that there was no effect on the risk of cancer.

Additionally, the World Health Organization reminds us that the use of alcohol can easily become harmful, and that if you don’t drink already, the risks outweigh the benefits if you are considering starting to consume alcohol.

Note that the benefits were only seen in adults, and in fact, any amount of alcohol is harmful for children and adolescents.

While we can’t promise it will help you live past 100, if you enjoy the occasional glass of wine, a bottle of beer, or, like Dorothy, a flute of champagne, it may be boosting your health. So, don’t feel bad when pouring yourself a glass of bubbly.

Ultimately, we join the world in celebrating your 108th birthday with you, Dorothy! Cheers!