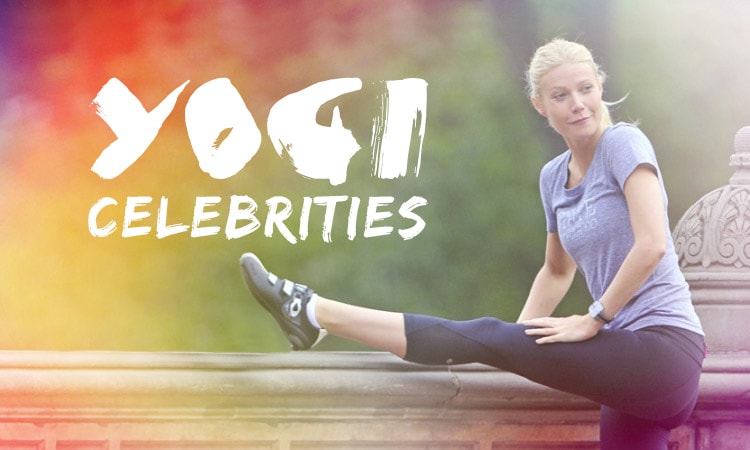 The practice of yoga among your favorite stars may no longer be something new BUT some of these celebrity yogis may still come as a surprise. Here’s another list of celebrities who do yoga:

On top of her regular exercise, supermodel Gisele Bundchen stays in shape with the help of yoga. Bundchen started doing yoga at the age of 12, the same age she started doing Kenpo and Tai Chi. She practices the Anusara yoga every morning and couples it with meditation and healthy eating.

Although not a morning person, Gwyneth Paltrow sees to it that she wakes up at 4:30 am to practice yoga. The 41-year old star practices yoga every morning for six days a week. She's also quoted to have said this about her practice:

“… yoga has completely changed me. I try to do it every day, and the effect is amazing. It’s not just during the hours that I’m practicing. It’s about how it filters through into the rest of my life. It makes all the other bullsh*t dissipate. Who I am has emerged, and everything else has gone by the wayside.”

It is the combination of yoga and other workouts that got Jennifer Aniston in shape for her movie Wanderlust. She also turned to yoga while preparing for her upcoming wedding with Justin Theroux. Aniston claims that the practice keeps her in check and is her go-to practice when she needs to prepare physically and mentally for anything.

Known as a huge advocate of yoga, supermodel Christy Turlington has been a yogi since her teenage years. In an interview with Oprah, Turlington states that the breathing techniques she learned from yoga helped her ease the pain of natural childbirth. According to her, natural childbirth comes in a different level of pain and it was her breathing that helped her manage that.

Mrs. Timberlake has the body to die for and this doesn’t come as surprise. Jessica Biel has been squeezing yoga practices for several days in a week, mixing it with hiking, weight lifting, and biking. She told Elle Magazine, "Yoga is a constant for me because it keeps my muscles long and flexible."

To say that Hilaria is a huge yoga enthusiast is an understatement. She’s an instructor herself who managed to recruit her husband, Alec Baldwin, for a couple’s workout portion in her yoga DVD. In an interview with The Hollywood Reporter, Baldwin thanked his wife for the positive impact on his health, renewed energy, and even with weight loss.

As if her schedule as an actress, mom, and entrepreneur (she runs a production company) isn’t enough, Reese makes time to keep her health in check. Aside from her 3-4 times a week run, the actress practices yoga one to three times a week, whether it’s joining a 90-minute class or having a private yoga session in her home.

The Big Bang Theory star is a true blue yogi. Kaley once said that she loved the feeling after doing yoga that sometimes she gets into back-to-back yoga classes. Her Twitter and instagram accounts can attest to that!

She's been snapped by paparazzi a couple times before when she was doing yoga on the beach. But instead of getting pissed about it, since then she's also posted her own yoga selfies. Maybe she figured if they're going to get yoga pics of her, might as well be at a time, location, and wardrobe of her choice?

Just like her former husband Russell Brand, Katy turned to meditation and yoga to help her cope with the breakup. Two months after finalizing their divorce, Perry tweeted about the group meditation that she joined and how it changed her life. Celebrity or not, yoga and meditation are indeed life changing. Despite their crazy schedules, these celebrities were able to squeeze in yoga practice to keep their mental and emotional health, fitness, and even sanity on check. So, what’s stopping you from doing the same?