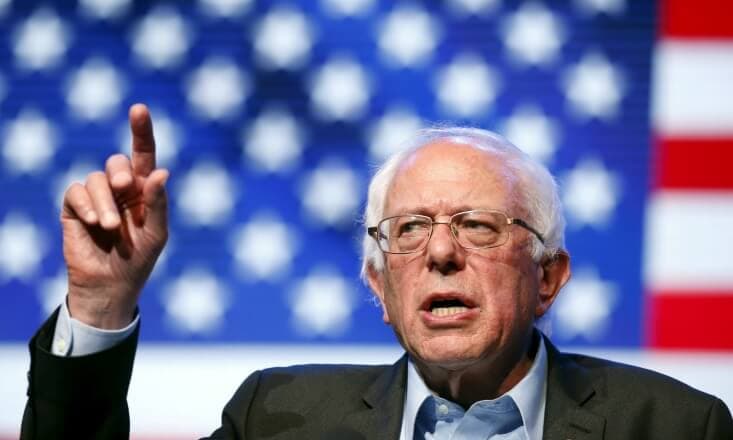 Disclaimer: This post does not reflect the views of DOYOU

Yoga has become a cultural movement in this country. It’s so ubiquitous in modern society that even those that don’t practice yoga still wear yoga pants. You can’t avoid the influence of yoga, because everyone knows someone who says “Namaste” non-ironically.

I think it is time for yogis to get political. As we all know, yoga extends beyond the physical practice, and into the philosophical realms. The treatment of other people and the planet are pivotal lessons in the yogic teachings, and if yogis mobilized their spiritual beliefs into political activism they could make a real impact.

Even though talking about the Electoral College, Super PACs, and filibusters may not be as sexy as conversations on the benefits of using positive intentions instead of deodorant.

When it comes to the current political landscape, one of the greatest threats facing our future is big business, big banks, and this economic model of profit as the ultimate priority. Wall Street supports a system that demands every business decision to be made through the lens of growth. Making the shareholders more money is infinitely more important than the impact on the planet, or the people on it.

That is how we have found ourselves in a capitalist nightmare riddled with human exploitation, sweatshops, and natural catastrophes.

If this current political paradigm where corporate interests rule the government continues, then we might as well roll up our yoga mats while we prepare for the seas to rise, choking us with plastic pollution, the soil to erode making it so the only food left is GMO paste, and a horrific mass extinction where 90% of the population dies from internal bleeding of the colon as a result of complete environmental devastation.

Okay fine, I guess I can see why talking about the best way to get into Side Crow is slightly less depressing…

Of all the candidates vying to be president, Bernie Sanders is the only one who is running under the platform of genuine finance reform. He is the only one capable of openly discussing the idea of dismantling the banking system that rules the planet, because he hasn’t taken major donations from big business. Where every other candidate is supporting their campaign through big donations from rich people, Bernie’s effort is supported by small donations from poor people.

I am not sure if thinking about Republicans vs. Democrats is even a helpful duality at this point. What the American people need to be examining is who is challenging the current status quo? Who is looking at the entire picture and admitting that it is highly flawed? Who is interested in re-imagining how things work rather than blindly accepting the constraints of harmful bureaucracy?

The rationale of “this is the way business works,” or “these are the games of politics” is not only absurd, but also highly insulting. This archaic thinking implies that human knowledge shouldn’t be the driving force of progress, and we should just propagate a false democracy rather than admitting the truth of our corporatocracy.

The constitution was written as an ever-evolving document – that’s why it was written on paper not stone. Culture matures as humans become more aware and socially conscious. Our laws, policies, and business practices should adapt to the reality of the times. Sure, at one point it seemed like a fine idea to indiscriminately suck oil from the earth, but now, not so much. We have to reassess every decade and ask ourselves how we can better adjust.

As yogis, part of our spiritual practice is to question and examine our impact on the world. We try to act mindfully, and be aware of our actions and thoughts. In class you don’t walk over someone while they are in Savasana and start doing Breath of Fire inches from their face, so why would we ever allow our political representatives to conduct themselves so violently on our behalf?

If every yogi spent as much time being politically active as they did on their physical practice, we could truly make a difference.

Yet we have to think way beyond this one presidential race. The president has to work with the Congress. We have to be just as impassioned about our local political system as we are by these sensationalized national elections. But we can use this moment as a launching pad of inspiration, and take responsibility in shaping the world we want to live in — one with yogic principals and morality.

As a yogi I choose peace over war. I choose moderation over corporate greed. I choose to break down the American empire even if that means that Apple doesn’t make a new iPhone every six months. I choose to make whatever sacrifice it takes to become the leaders of a truly progressive global agenda, rather than the bullies who invade and financially dominate the planet.

I choose to support a candidate who is demanding political involvement from the citizens rather than trying to manipulate and distract them with glitzy media and excessive materialism. I choose to demand my political representatives to actually represent the needs of the people, not those of the 1%.

I choose to be a yogi for Bernie.