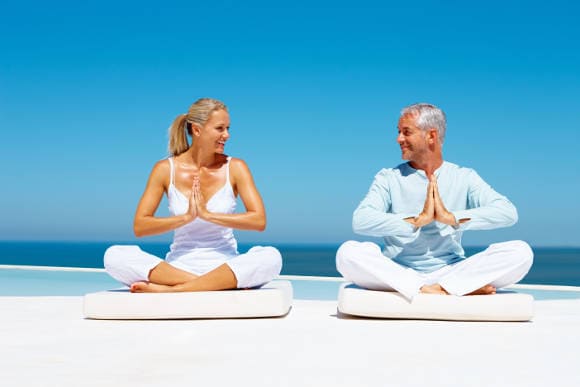 You probably already know that yoga is a form of spiritual, mental and physical fitness system, all at the same time. However, here's a little secret to help you understand how yoga works: a lot of the benefits of yoga come from how it helps your body take in and use oxygen.

Oxygenation is one of the core concepts behind how yoga works. The breathing methods used in yoga, which practitioners know better as pranayama, helps promote circulation and cuts down on the body's oxygen consumption. This means your brain gets more oxygen while your body becomes more efficient at using oxygen. Ever wonder why you feel more relaxed and energetic after going through a somewhat physically demanding yoga routine? You have the increased oxygen levels in your blood and in your brain to thank for that. The Ukrainian doctor Konstantin Pavlovich Buteyko, who developed a breathing method that is heavily based on yoga, once claimed that the amazing physical abilities of Hatha yoga masters are due to their very slow, diaphragmatic breathing. These masters only take about three breaths a minute. That means that their bodies have grown very efficient at using the oxygen that they take in during those few breaths.

Yoga poses or asanas also help in oxygenation by cutting off the flow of blood to a particular area and then filling it with fresh, highly oxygenated blood once the pose is released. This is another of the secrets to why yoga works. Muscles need oxygen so that they can continue to work, so by introducing oxygenated blood they can last longer. A proper yoga routine does this to every part of the body, making you feel refreshed while at the same time tightening up and exercising the muscles that become stretched by the pose. This is where the flexibility and strength that yoga leads to comes from. The many different stretches and poses that are performed during a yoga routine have been scientifically proven to be effective in increasing both strength and flexibility, the latter of which is an integral part of gaining a tighter, more responsive, and more toned body. That's one of the best two-for-one deals you can get with any form of exercise.

These are, of course, just some of the basic reasons why yoga works. There are more physical, spiritual, and mental reasons behind the numerous benefits that one can gain from practicing yoga. However, while many of these benefits can actually be seen almost immediately after your practice, such as a happier and calmer disposition and greater energy reserves, the long-lasting effects, such as long-term health rewards and lowered risks towards diseases, can only be achieved after prolonged and regular yoga practice.