Yoga With Dogs: Bend, Bark, and Bond With Doga 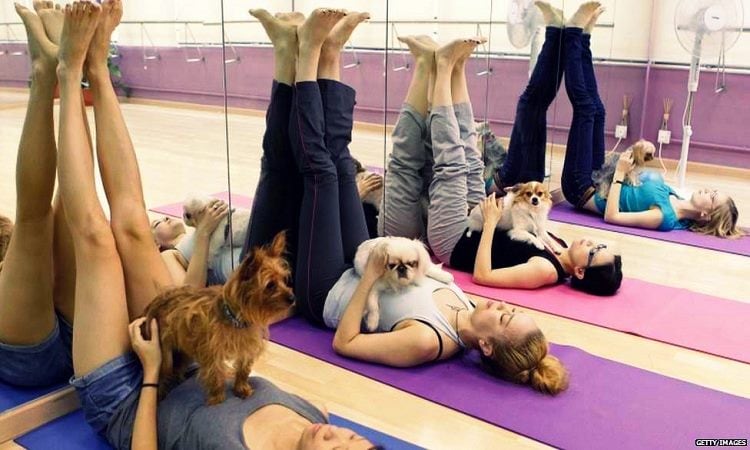 Ashtanga yoga, Bikram yoga, Hatha yoga…if you’re a yoga enthusiast, you’ve probably heard of all of these styles and more. But doga?

A combination of “dog” and “yoga,” doga is exactly what it sounds like: yoga for dogs. Or perhaps it’s more accurate to call it yoga with dogs. Promoted as a way for people to bond with their pets, doga is a team activity. In a typical doga class, owners perform poses while guiding their dogs into basic positions. In some cases, pooches may be used as props; a small dog can be balanced on the thigh in the Warrior pose, for example.

The response to doga has been mixed. Julie Lawrence, a yoga instructor and studio owner from Portland, Ore., tells the New York Times, “Doga runs the risk of trivializing yoga by turning a 2,500-year-old practice into a fad.” Others, however, see it differently. Kristyn Caliendo, a Chicago-based certified yoga instructor who now teaches doga, tells the Times that her classes are focused on physical health and wellbeing.

There may be a lot more fur, drool, and noise than in a traditional yoga class, but many doga enthusiasts have touted the practice as a way to relax and spend more time with their beloved pets—and even find an excuse for doing yoga more often. Another upside? No need to teach them Down Dog — they'll bark and nail it to a T. 😉

What's YOUR stand on Doga?