Yoga Pants Parade: Women Respond To A Man Telling Them Not To Wear Yoga Pants 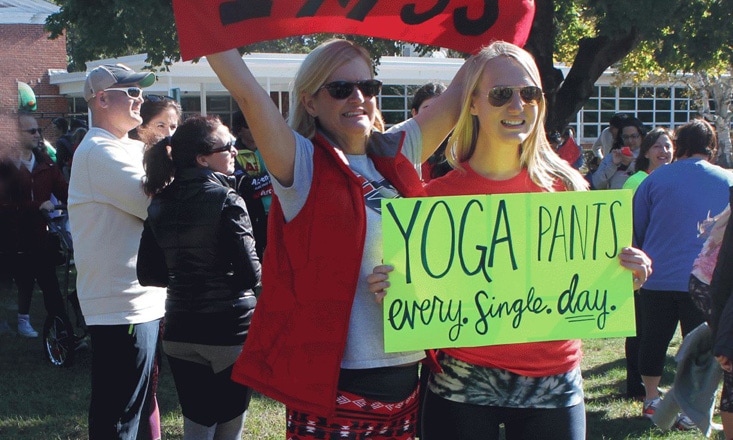 In case you guys missed it, last October, a whooole bunch of women organized and gathered outside a man's house to stage a yoga pants parade-slash-party. Why a yoga pants party and why do it at this man's front yard?

It All Started With a Letter

Alan Sorrentino from Rhode Island wrote a letter to the editor of their local newspaper to express his strong feelings against women wearing yoga pants anywhere outside the studio or gym, calling it "the absolute worst thing to ever happen in women's fashion."

He goes on to say, "Maybe it's the unforgiving perspective they provide, inappropriate for general consumption, TMI, or the spector [!sic!] of someone coping poorly with their weight or advancing age that makes yoga pants so weird in public."

It's a pretty strong-worded letter with a not-so-polite suggestion for women to stop wearing yoga pants in public because yoga pants, as he put it, "do nothing to compliment a woman over 20 years old." 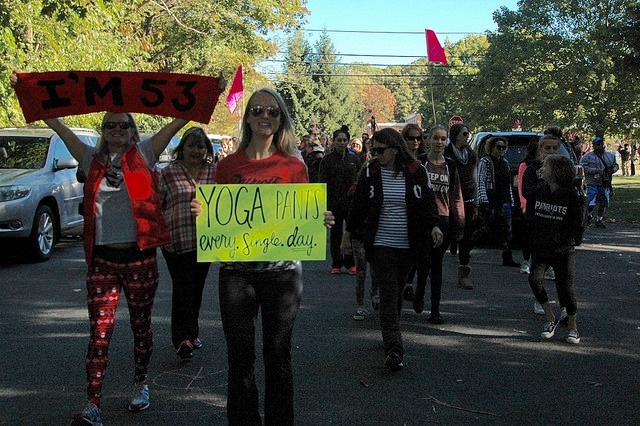 So when the letter was published and word got around, yogis and yoga pants-loving women in and around Rhode Island quickly organized to get together and make a stand. At first it may seem petty to many ("it's just yoga pants"), but as the Facebook page set up for the event succinctly puts it:

"While yoga pants seem to be a silly thing to fight for, they are representative of something much bigger — misogyny and the history of men policing women's bodies."

Took a break from cooking to walk in solidarity with @bethdog and a few hundred other women and supportive men to assert our rights to dress as we please and not be controlled. #yogapantsparade #peacefulpantsparty #womensrights #iwearwhatiwant

It was a successful gathering, with hundreds of women and men turning up to join and support the peaceful parade to make a point. And as expected, the participants also had some group yoga fun — they're all already dressed for it after all!

When Sorrentino was asked about the yoga pants parade and the response his letter got, he said it was only "satire." Whether it was satirical or not, how about we just leave women's choices about their clothes, body, lifestyle, etc. to women themselves, eh? 😉

You can view more photos from the awesome event on Kerri Lemoie's Flickr.