Yoga Is For Every Body: Man Challenges Preconceptions, Gains Self-Esteem 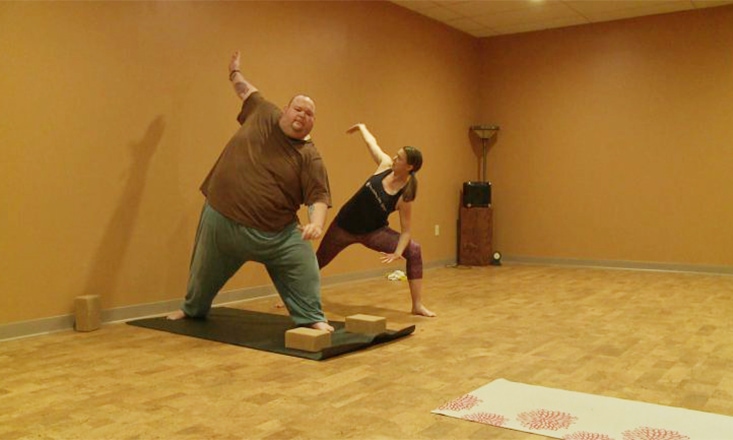 When Richard Widmark’s yoga teacher took a photo of him in Moon Pose recently, Widmark’s reaction was one of disgust. The 38-year-old Virginia man, who weighs almost 700 pounds, writes that he didn’t see what his teacher saw.

When she saw him in the pose, she said, “Look at your top arm and leg. The openness at your chest and hips is beautiful! How straight you are able to get, and how you are supporting yourself and balancing on one arm and leg.” 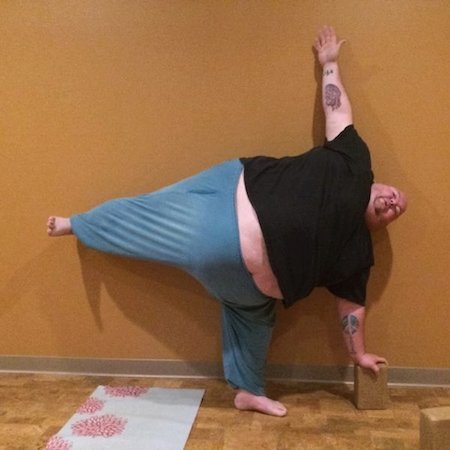 With the help of yoga, Widmark has begun seeing the value of his body and is becoming an inspiration to others as he documents his journey. He proves that anyone of any size and shape can do yoga and feel great about themselves.

“Years of hating myself won’t go away over night, but with the help of supportive friends, I’ll get there. Yoga is for EVERY BODY,” Widmark wrote on his Facebook page. There he posted the photo that has since gone viral with over 7,000 shares and even more positive comments.

The response to the picture has made him want to “continue his journey,” according to the Daily Mail. Widmark, who has been taking private yoga lessons twice a week for the past two months, has already lost about 20 pounds, but that pales in comparison to what he’s gained: self-esteem.

In an interview with CBS affiliate WTVR, he says that he was taught to cope with things by eating and admits that at one point in his life, he was losing friends and felt extremely lonely. “As the years went by, I started losing friends, which made me have a lot more time to myself,” said Widmark. “Then, my friends are getting married having kids. And here’s me: a big failure at life.”

After battling depression and attempting suicide, he turned to a raw food diet, which led to yoga—and a whole new lifestyle!

For All Shapes, Sizes, and Needs

According to YogaDork, Widmark chose yoga because he wanted to be encouraged rather than disciplined or shouted at in a “boot camp-style” fitness class. 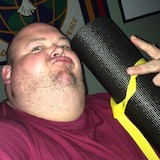 “I have found what I’ve been looking for this entire time,” he told the Daily Mail. “I would love to one day be able to teach people what my teacher has taught me. Believe in yourself. You can do it. You can push through it.”

He believes that it’s hard for overweight people to start yoga because of its “beautiful body” stigma and its “seemingly next to impossible poses,” but would like to start seeing more people of different body types doing yoga.

“I’d like to see this change,” he said. “Yoga is becoming a major part of my life. I swear and sweat when I do it. I don’t do the poses perfectly, but it isn’t about perfection: it’s about growth.”

At the end of the day, Widmark says it’s not so much about losing weight as about feeling healthy. “I feel amazing from doing it, and I hope that everybody does yoga.”