Yoga In The Motherland – Clearing Karma And Curry 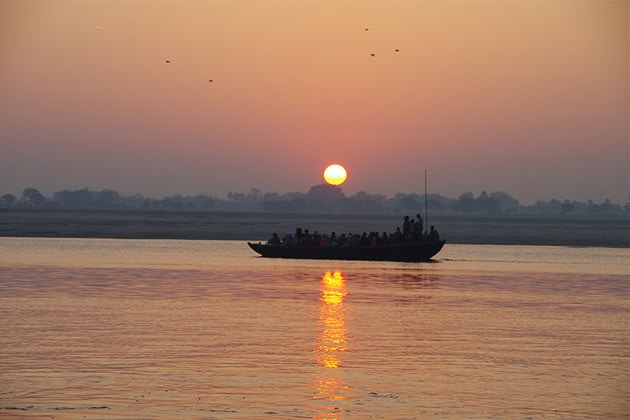 Who would have thought that clearing karma was easier than cleaning curry off a white pair of pants?

During my recent trip to India, I, of course, ate lots of wonderful food spiced with curry. Like the culture, the Indian food is intense, flavorful and can really leave a mark on you when you get your hands on it.

And so it did one evening when visiting a friend’s house for dinner, as we held the dishes in our hands and ate the food with our fingers – really getting my hands into the culture and the food at the same time, along with curry sauce on my white pants.

While the stain was impossible for me to get out with a little soap and water in the hotel room, I thought, “what better place to get curry stains removed from a pair of white pants than in India?” So of course I sent them out, and they were back in my hotel room 12 hours later spotless and ironed like nothing had ever happened.

It’s a funny thing about India, however, they seem to have a lot of remedies for things, from great laundry service, to a perfect life science medicinal practice called Ayurveda to cure everything, to simple, yet profound acts that can clean a lifetime, and sometimes many lifetimes of karma up with a simple gesture.

So, it seems appropriate that a country where you can always find launderers working by a riverside, that you can probably find a sacred spot nearby as well.

Almost anywhere you look or walk in India you’ll find a shrine, temple or something marked auspicious – a sunrise over a sacred river, a leaf from a special tree, a place where a Hindu god may have accidentally dropped something, or a place where something great occurred.

These shrines all draw Hindu pilgrims from all over India, and each has its own special story. Visit one at any time and you’ll find constant activity. And there are dozens, if not hundreds or maybe thousands of these little places all over India. It’s hard to know because some are just little roadside shrines that are easily passed.

Then there are others that are so auspicious, like the city of Varanasi, that are so sacred that Hindu pilgrims travel from everywhere to dip or bathe in the river that runs along the great city, the Ganges River.

It is said that if one bathes, or even dips their body into the Ganges River at Varanasi that all karma in the current lifetime will be cleared. Even more profound is that if a practicing Hindu dies in Varanasi, and dies there, that they clear karma from their current and all previous lifetimes.

So it was not a surprise that as I made my way to the Ganges River one morning, I was surrounded by hundreds of others making their way to the riverside “ghats” or washing area, to get their bath in at sunrise – the true form of a sun salutation done at the most auspicious time of day in the holiest of Hindu locations.

Making our way down to the ghats before sunrise, we hired a rowboat to take us out for the sunrise. We took with us two small customary offerings that were small foil dishes filled with marigold flowers and a candle which we bought from a 6 year old boy selling them to pilgrims by the river. These candles were to offer to our deceased ancestors, that would help clear their past life karma as well.

As we rowed out just before sunrise, we could see the crowds of activity gathered early in the morning for bathing, praying, honoring, dancing, singing and washing laundry.

While watching the shore we could hear a group of pilgrims chant “OM Namah Shivaya” as they danced their way to the steps of the ghats.

As the sun started to rise over the Ganges River, my guide, a practicing Hindu, made a gesture to honor the sun by touching his fingers to the water then bringing them to his forehead, bowing and forming his hands in a quiet prayer towards the sun at his brow, then his heart while saying a small chant in Sanskrit.

It was a perfect cloudless sunrise, with a bit of a winter chill in the air. I was moved because the moment had been so perfect. I was honored to understand why this moment, the location were so important now and in history. So, with my gratitude, I too leaned forward and put my hands in the water to wash my hands. But, not only that, I washed away my unneeded karma at the same time.

Surprisingly, it actually felt great. Really. The water was very warm, despite the cold air – an inviting temperature for any bather at the ghats.

I then slowly brought my hands to my heart, bowed my head to welcome the new day – and maybe a new lease on some clean karma.

So it would seem that India has the right tools for getting out the stains of the soul as well as fabric. But who would have thought that karma was easier to clear than curry on white pants?