Yoga In Kenya: Not Just A Bend Trend 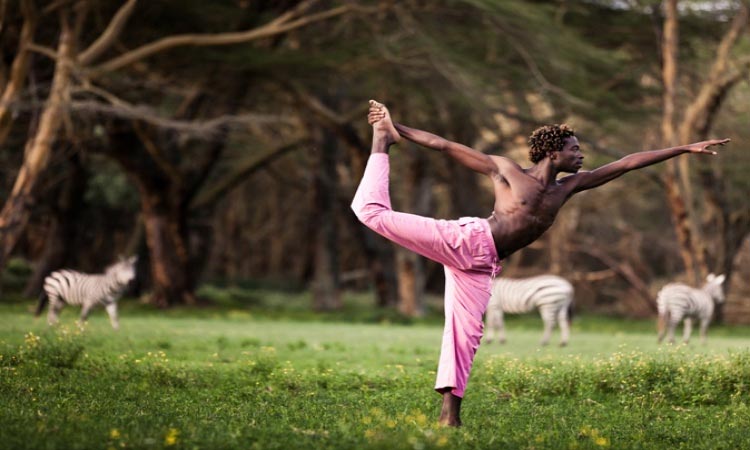 Yoga has undoubtedly spread beyond its originating country India. Thanks to the Africa Yoga Project (AYP), the practice of yoga has reached even as far as Kenya. The project was started by two Americans, Paige Elenson and her partner Baron Baptiste, in 2007.

The idea started with Elenson who went to Kenya in 2006 for a family vacation. While on this trip, she saw a group of young Kenyans doing handstands and decided to join them. Thinking that she could use yoga to empower the youth to create jobs for themselves, she came up with the Africa Yoga Project .

AYP trains Kenyans to become yoga teachers and professionals supporting all aspects of their health – physical, emotional, and mental – while at the same time, encouraging people from the global yoga community to take part of it.

Growth From The Ground

The trained instructors are teaching over 300 classes per week, serving about 5,000 people. Working in Kenya’s poor areas, the group is spreading the practice of yoga in schools, orphanage, and prisons.

Most of the yoga classes by the AYP-trained instructors are done in Kibera, the biggest slum in the country. Samson Muhalia, one of the beneficiaries of the project, states that yoga has fostered the spirit of oneness and allowed them to gather as a community and share stories with one another.

The project has brought positive change both for the well-being and employability of the Kenyan people. This change is evident among its beneficiaries like Margaret Njeri, who used to do petty crimes because her wage from being an acrobat wasn't enough.

Having trained as a yoga instructor, she now earns $100 a month for teaching in prisons and other areas for five days a week. She supplements her income by conducting private yoga classes.

The group has trained over 70 people in Kenya and currently training more, with funding from various donors and volunteers.