Yoga Guru And Legend B.K.S. Iyengar Has Passed Away 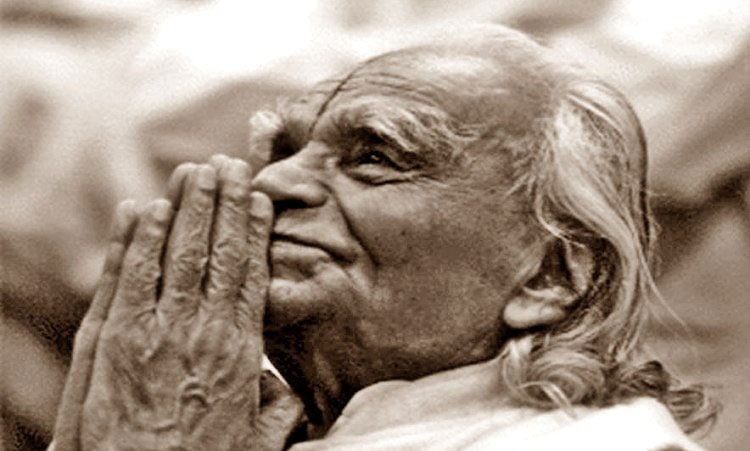 B.K.S Iyengar (Bellur Krishnamachar Sundararaja Iyengar), one of the best-known figures in the yoga world, passed away Wednesday 3:15am IST in the city of Pune in India.

Iyengar was put on dialysis on Sunday due to renal insufficiency. Kidney experts at Jaslok Hospital, based in Mumbai, advised Iyengar to begin dialysis when they discovered that his kidneys were not filtering waste products from the blood as they should be. He underwent three cycles of dialysis, but sadly, his kidneys did not respond much to the treatment.

They also stated that his heart was “not functioning well,” according to the Times. His heart had become very weak, which led to “decreased blood supply to all the vital organs including brain, kidney and intestines. This has also led to kidney failure,” according to the doctor at the private hospital where Iyengar was being treated.

Born in India in 1918, he struggled with various illnesses throughout his childhood, including malaria, influenza, tuberculosis, and more. When he was 15, however, his brother-in-law began teaching him yoga, and his health began to improve.

As an adult, Iyengar became a teacher himself, introducing yoga to a wide Western audience in the 1950s. He eventually established Iyengar yoga and wrote several books on pranayama and other yoga philosophies. Consisting of a series of classical poses combined with pranayama and, often, various props, Iyengar yoga emphasizes precision and body alignment.

The extensive use of props is intended to decrease the risk of injury and make Iyengar yoga accessible to students of all ages and many different levels. Even at the ripe old age of 96, Iyengar still practiced yoga daily. He was, and always will be, one of the most respected and admired yoga gurus the world has known.