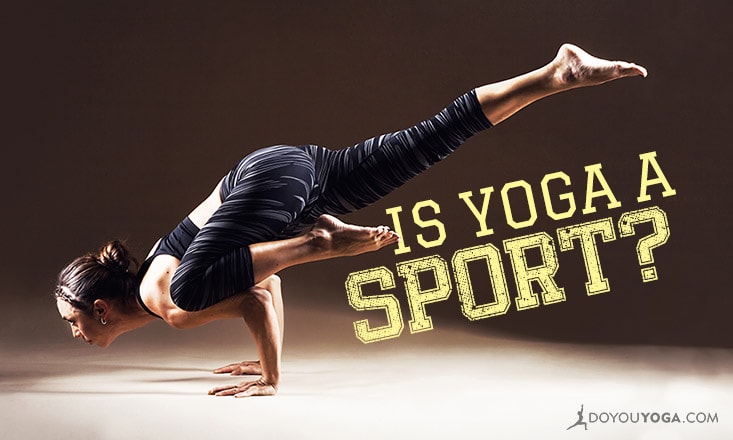 Yoga is a great way to increase strength and flexibility; it provides many of the same benefits as cardiovascular exercise and is an essential part of many people’s workout routines. But is it a sport?

The Yoga Federation of India thinks so, as the organization recently urged the country’s government and Prime Minister Narendra Modi to officially declare yoga a sport. Says the Press Trust of India during a recent meeting of the federation, it was unanimously decided to ask that yoga be considered a sport.

“Yoga is mother of all games,” said Yoga Federation of India’s working president Dev Dutt Sharma, adding, “If yoga is declared as sports, then its participants will be benefited by medals and preference in government jobs.”

India offers many benefits to its athletes; according to India Press. A variety of scholarships and grants are available to winners of international sports events, students and adults who show proficiency in sports, women who want to further their athletic pursuits, former athletes in need of aid, and more.

If yoga were to be recognized as an official sport, perhaps its participants might be granted some of the same benefits.

Yoga as a competitive sport is nothing new, as yoga competitions have long been held in India. In the U.S., the United States Yoga Federation has been holding its regional and national championships for 12 years.

These competitions require participants to hold poses for a certain amount of time; each yogi is judged on their execution of the posture, as well as the degree of difficulty.

Some people, however, see yoga as a spiritual practice rather than a competitive sport, despite its physical demands.As a recent article in the Telegraph asked, “Isn’t yoga supposed to be an individual enterprise with inner peace as its aim; and isn’t competition, well, about beating other people?”

As a 2012 article from MindBodyGreen put it, “There’s no final ideal to strive for, no satisfaction to gain from a perfected pose.”

What do you think? Can—or should—yoga be considered a sport? Where do you draw the line between sport and spiritual practice, and can the two ever be combined?