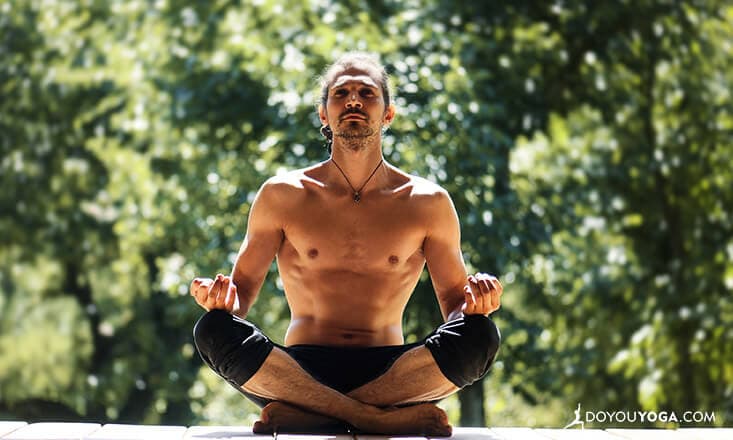 Have you ever had that blissful moment when you look around your organized and clean living space in great celebration, and then a few hours later or the next morning you wonder how the hell chaos and mess returned so quickly?

What if you found out that it isn't out of the ordinary at all, and in fact it's the core of how the universe is designed to function?

Entropy and the Universe

Some scientists describe the universe — and therefore life — as entropic in nature. A big fancy word but it is actually a very interesting concept.

Entropy is the idea that things are breaking up or falling apart, and was coined by a German physicist to describe the measure of the disorder in a particular system. What's even more interesting is that the word's origin in Greek, entropia, invites us to turn toward something.

In the Tantric worldview of yoga, we are in a practice of Pra (in Sanskrit, to turn into) Vriti (waves of consciousness), or turning towards the world, living in it, and engaging with it.

So in a sense, when we look at entropy as both disorder and turning towards that which is falling apart, we are invited into what, at times, is a very perplexing and potentially frustrating process of living.

The universe began out of a focal point and then expanded outwards, falling apart out of that concentrated density into its many diverse manifestations, including galaxies, stars, and planets. It's a bit of a paradox, because although these structures were put together and created, they resulted out of a process of devolution.

Entropy in Your Life

This is the odd gift of how life functions. Consciousness makes more out of itself by breaking things down and creating and recreating. Think of food in your digestive tract: it's a solid mass which is broken down through a complicated process to create energy, build immunity, spawn new cells, and power up various body systems.

The body is mimicking exactly how the universe functions, and in the cosmos everything is in entropy.

Just like how the universe is slowing down in its expansion, the sun is exhausting its fuel, and the Earth's magnetic force and gravity are slowly being lost.

But enough about the grand scale. Entropy is evidenced in every day life by the effort it takes to clean up a glass of spilled water, the length of time it would take to put book pages in order if the binding was ripped and pages thrown up in the air, and why kids are so great at taking out their toys and making a mess, but rarely are gifted at organization.

Why Your Life is Falling Apart

Life is designed to unravel, to spin out control, to make it hard to keep things together. But why? Are you ready for the good news?

Because when things fall apart, there is a potential to generate new order, a gateway and an opportunity to do something different. To engage, to leave it alone, to clean it up, to rearrange. You get to choose how you step into participation with the ebb and flow of living.

Entropy reminds you that in a world where things are designed to unravel, it takes effort to keep things together, and that is something to cherish. You get to choose what it is you put energy towards, or what you are creating, or what you are holding together with boundaries, dedication, and effort.

From participation in an intimate relationship, investing in the health of your body, to accomplishing tasks at work, if you don't engage with the movement of life it might just spin out of control.

Your life falls apart every once in awhile. Isn't that great?

Instead of resisting it when it happens — whether it is in small ways or bigger instances — step into the process of living yoga. Embrace it for what it is, and know that it will eventually pass. Take the opportunity to build something new in your life.

How do you engage, make order, and turn towards a world that is naturally inclined to break up and fall apart? Share with us in the comments below!