Why You Should Follow Your Desire to Teach Yoga 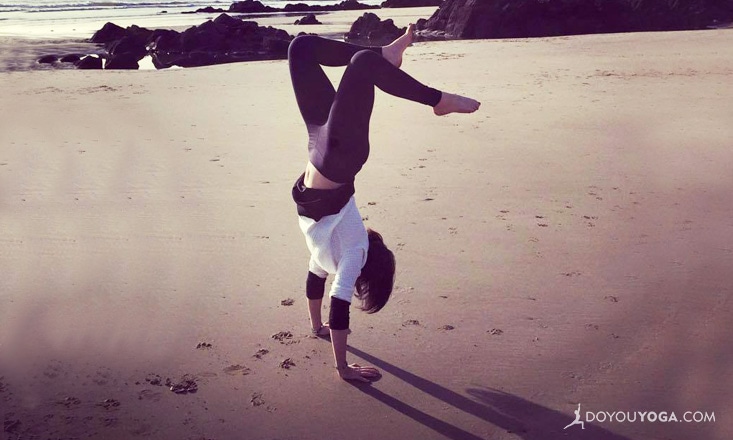 It’s safe to say that the pool of yoga teachers is ever increasing across the globe, what with the wide accessibility of teacher trainings from India, to Morocco, the USA and the UK (to name just a few).

This vast choice and number of teachers already out there can easily become intimidating to some practitioners who would otherwise jump at the chance to teach and share their love of yoga with others.

Competition between studios and teachers is at an all-time high, and if you’re looking for a career to bring you material riches, then perhaps purely teaching yoga is not the best place to start.

However, I would like to plead my case to the would-be yoga teachers that doubt in their ability, that question their desire to teach yoga, or that simply feel it might not be worth the time and effort.

"Soon Everyone's Going to be a Teacher…"

Last winter, I invested in my second yoga teacher training. One evening as I went along to the hosting studio’s weekly Kirtan session, I overheard two teachers chatting at the door as a bunch of us 'yoga trainees’ piled on in:

"Soon everyone’s going to be a teacher," sighed one to the other in what can only be described as a sigh of disappointment. My heart sank, because I suddenly felt unwelcome in 'their world'. However, I do understand the concern of some teachers.

Even yoga can become a little strenuous when it becomes a job, and with the temptation to take on way too much when you first start, burnout is always just around the corner, it's easy to forget why you started out in the first place, or why you might bother to start at all, but please stick with me a moment longer as I hope to quash the common concerns of existing and would be teachers alike…

I first read about "Multiple Discovery" in Elizabeth Gilbert’s book Big Magic. To be overtly general, multiple discovery is when a major discovery is made in two completely different parts of the planet at almost the same time by what appears to be pure coincidence.

Gilbert does nod to the fact that perhaps other forces are at play here, but I believe that it’s all about our collective consciousness.

The second time I came across this subject (and inspired me to write this article), was on a binge read of Paulo Coelho books over my summer holidays. Coelho's story referred to something similar, but it took place within the animal world. This version of ‘multiple discovery’ came to be known as the ‘hundredth monkey effect’.

In this scenario, the experiment was with monkeys on a deserted island learning how to wash sweet potatoes before eating them. The newly learned behaviour was first passed on by the younger generations observing and imitating their elders — all very standard behaviour.

Then something weird happened; other groups of monkeys started to do the very same thing on other islands, in other areas of the planet. This brought about the theory that at certain numbers, the behaviour somehow transmitted to other communities despite there being no physical contact between the animals.

The theory has its own literature aptly named The Hundredth Monkey and has its critics. However, whether it is fact or fiction, I think it serves as a very apt consideration for the modern human world where transmission of new behaviour is spread far more easily with today's technology.

For me this idea of collective consciousness is the very reason that the world, the universe, the cosmos will be more than happy to be saturated with yoga teachers.

Whether they are out to teach the next set of super crazy acrobatic yogis, or spread the beauty of meditation and mindfulness, I truly believe that every single person could benefit from a yoga practice. We are fast losing connection socially and within our immediate communities as our cyber world grows at a faster rate.

We email across rooms rather than getting up to talk, we find love on tinder and old friends on Facebook that we never even speak to and instead just 'watch' from a strange distance.

We think that skinny is the only pretty and riches validate our existence. Is it any wonder that the world can sometimes seem a bleak place?

Yoga brings each of us, in some however small way, back to the source. Even if this new connection is to cultivate the smallest of changes in our attitudes toward the world around us, a little perspective is all it takes to get people reconnecting.

And maybe, that’s where YOU come in. Teaching yoga might not make you rich, but I’m almost certain that’s not why you were considering it anyway.

So don’t discredit your desire. Explore it, however small and passing it may feel right now, and maybe you just might be that hundredth monkey that spreads the love of yoga and connectedness all over the world.