Why Yoga Will Make You Question Everything 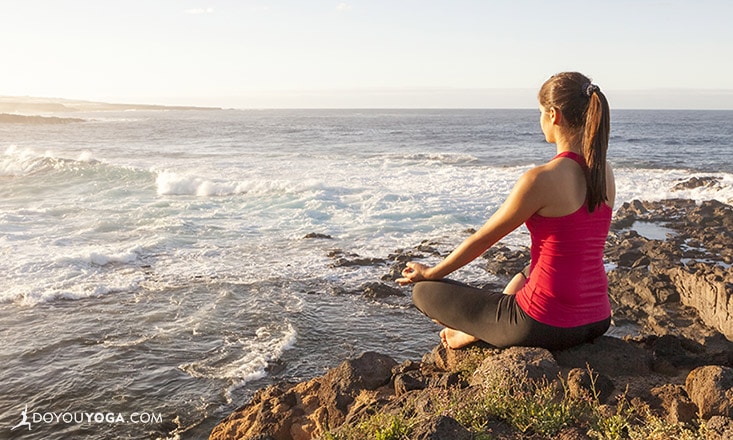 There was a time in my life where I believed everything I was told. I trusted my mom when she insisted that if I ate my peas it would make my hair curl, and also if I finished my broccoli I would grow hair on my chest—come to think of it, maybe that message was intended for my brother.

For most of my young life, I didn’t question much. If I saw something on the TV news, I assumed it was true. When my teacher told me what was supposed to be a fact, I digested it as such.

Were a commercial to insist that Fruity Pebbles was part of a nutritional balanced breakfast, who was I to question Fred Flintstone?

Yet in my late teens, two cosmic forces crashed into my life at the same time, creating a tailspin of intense evaluation. At 19 I started college, and I began a yoga practice. Since that fateful merger, I am pretty sure I question everything.

I was a philosophy major at school, and, in conjunction, became a devoted yoga practitioner. In my experience with the yogic way of life, it has been essentially a philosophical pursuit of existence. You literally spend time gazing at your navel in Downward Dog.

These driving forces complemented each other, and soon everything became an intellectual inquiry. I would spend my days pondering, pontificating, wondering, and theorizing.

Where was I before I was born? What is the nature of the soul? Are there universal truths? Is the body an indeterminate cause and the mind determinant, or is it the other way around? Oh yeah… and I was smoking a LOT of pot at the time, so that helped with all the contemplating.

When you really allow yoga to take hold of your thought process, it is impossible to live your life non-consciously. You inherently take into consideration your impact. A meditation practice will pry open your third eye so that the light of truth becomes so bright you need a pyramid-shaped pair of Ray Bans.

The guiding principles of yoga urge practitioners to be mindful. Part of that process is awareness. Where at one point I wouldn’t think too deeply about the food I ate beyond its capacity to make me not hungry, through yoga I started to question what I was eating and why.

What kind of sellers am I supporting? What is its impact on the planet? Was there suffering involved in the process of producing the food? Were the workers treated with honor? How will this meal affect the global economy?

After all my extensive research of the horrors of the food industry, I am now on an all-earth, all-dirt diet—not the most filling, but I hear it is very alkalizing.

Part of the yogic teachings is connecting the dots to realize that every action has an impact, so we have to tread lightly. We have to be responsible for our own energy, because when we release negativity into the world, it negatively affects the world.

This can be as simple as being rude to someone at the juice bar and suggesting they choke on their wheatgrass shot, or buying mass-produced, off-gassing plastic products from Wal-Mart.

By contrast, part of being a yogi is being thoughtful in every aspect of your life, from how we treat people, to the jobs we have, to the way we view ourselves.

Yoga will make you question everything because it makes you question yourself. It is through my practice that I have learned to really examine my motives, intentions, and actions.