Why Yoga Should Bring Us to Social Action 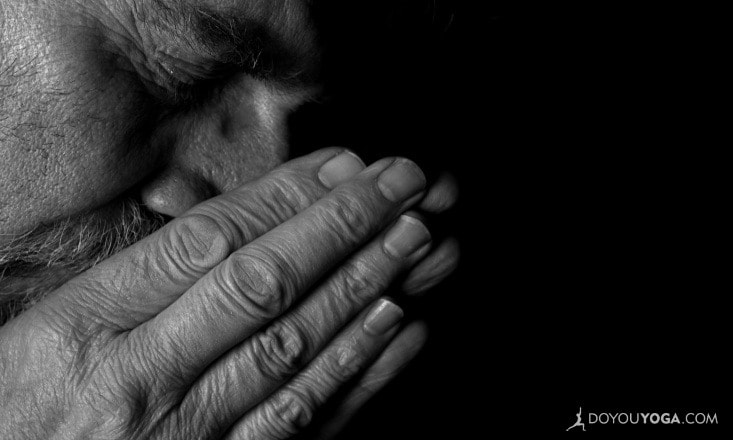 Our yoga teacher told us to gaze at the edge of our towels as if they were the most beautiful things we’d ever seen. I did, and it was. That edge was beautiful because it provided relief from everything.

For centuries, the practical core of yoga’s wisdom has been relinquishment, and on this foundation many have found peace. We are capable of peace, especially when letting go of anxiety and worry, but Western practitioners struggle when faced with a void.

We need a focus, and that’s the beauty of softly gazing at a towel in meditation. It’s tempting to find a comfortable meditative cocoon in yoga, and once there, ignore social problems. That has been one criticism of yoga, and it’s true—that crime and bad intent are not welcome in a meditative cocoon.

During practice, seeing the edge of my towel as a beautiful thing is something I look forward to, a way to recharge my spirit and optimism. I’m not alone in my wish to be hopeful, to find the beautiful, and to invest in better ways of living.

This is illustrated by people taking responsibility for their own health and growth through new modes of self-care and positive thought: acupuncture, natural medicine, organic food, yoga, self-generated health investments, life-coaching.

A hard truth is that life also asks us to be our brothers’ keeper.

If our moments of peace do not motivate us to stand for others, we will silently and surely join legions of the regretful.

During yoga, our teacher reminded us to meditate upon the towel, but her second beautiful thought reminded us of the societal link in our yoga practice, “You’re here taking care of yourself so that you can go out into the world and take care of everybody and everything else.”

How Yoga Leads Us to Social Action

While yoga’s primary work is individual, I believe a healthy movement evolves from self-care to a springboard for wider social engagement. This will happen once we all see yoga as more than a solo pursuit of better karma or liberation, a better physique, or a way to help us sleep.

Recently, I watched Awake: The Life of Yogananda. The movie portrayed Paramahansa Yogananda as dismayed by the treatment of African Americans in the pre-Civil Rights, Jim Crowe South. But beyond his awareness, I wanted to know if he took steps to change or challenge racism.

There are reasons yoga isn’t very racially diverse, and one is that yoga’s leadership historically has not challenged racism, sexism, and xenophobia in a public or deliberate way. Yoga’s “hands off” stance on social issues is consistent with its inception in India where the caste system dictated social standing.

In the U.S., yoga has appealed to a widely shared need to escape hassles and social problems. But, I think if yoga practitioners are honest with themselves, they know it’s not good karma to ignore racial injustice and the suffering of others.

U.S. yoga practitioners need to move beyond apolitical stances and non-involvement. Social injustice spins around us like a destructive tornado, and it’s irresponsible to care only for ourselves when there is great unrest everywhere.

The Gift and Application of Yoga

I’d like to see injustice and xenophobic hate-crime disappear in our society. But this will take more than wishes; it will take yoga’s most important gift and its application.

The gift is a deep awareness that we are one, and its application is a consciousness that changes me, and by extension, engenders a new society, one by one.

While the meditative repose of yoga helps me contemplate the beautiful and find peace, it also provides me with the strength and responsibility to stand with and to speak up against the ugly winds of negative isms everywhere.

Our country and world needs citizens that will help restore sanity to families, neighborhoods, towns, cities, and countries.

Let’s do our part by lifting our practice to embody my teacher’s second precept: “You’re here taking care of yourself so that you can go out there and take care of everyone and everything else.”

I believe that “awake” citizens know, deep down, that their peacefulness carries moral authority when it translates into action. Certainly Gandhi, India’s most potent truth seeker and yogi understood this. As for me: yoga practitioner, writer, and citizen, ‘I am my brother’s keeper.’ 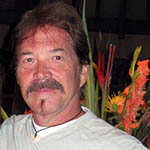 by Gregory Ormson – Greg lives in Hawaii where he does yoga, rides his Harley-Davidson, sells flip-flops and writes. He’s worked as a journalist, business writer, and sports writer. His work has been published in Quarterly West, The Seventh Quarry (Wales), Elephant Journal, The Yoga Blog, Horizons and Entrée.’ You can visit his blog and connect with him on Twitter.