Why Yoga is the Therapist I Never Had 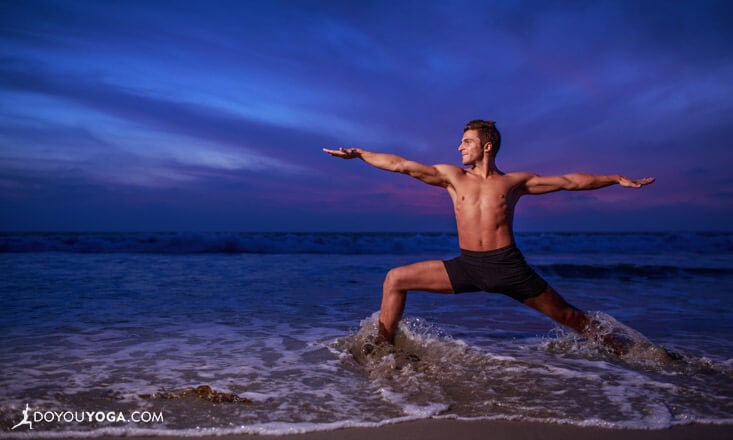 I don’t have a shrink. In reality, I probably should. That’s not to say I need to be put in an insane asylum, but anyone can benefit from reflecting about his or her feelings.

This used to be really hard for me. It’s much easier to numb yourself to the pain. I’ve done that in a variety of ways, with my top two vices being tobacco and marijuana (code word: “Al Green records”).

Relying on my Vices

About three years ago, I set out to become a writer. I’ve been practicing my craft for more than ten years now, but not professionally. I ran into a couple of major problems. One: I was afraid of failure. Two: it was hard to write for a very long time.

Weed solved #1 pretty well. How many fearful stoners do you know? Cigarettes eliminated problem #2. I wasn’t aware at the time, but it turns out nicotine is scientifically proven to boost your attention span. Ah-ha! That’s why my productivity decreased when I quit.

These substances solved my problems in the short-term, but they created bigger ones in the long-term. I’m not going to lecture you about the health consequences of smoking. This isn’t one of those tacky D.A.R.E. programs they made you watch in elementary school.

But I will say it is dangerous to treat any substance like a crutch. This applies to drugs, tobacco, alcohol, caffeine, and food (if you go straight for a pint of Ben & Jerry’s after a nasty break-up, here’s your sign). Substance abuse can only end badly. I’ll illustrate my point with an embarrassing story.

Listening to Al Green records (remember the code word?) made me feel less scared about the future. Instead, I became overconfident and promoted a ton of Facebook statuses, assuming I would sell books or get new clients out of the deal. Neither of those things occurred enough to justify the investment.

Nevertheless, I kept buying ads. It was exciting to see the likes, comments, and shares blow up. “Addictive” is an excellent word to describe it. This must be how people feel in casinos. A few weeks later, I received a bill from Facebook in the amount of $3,000. Whoops!

Yoga as a Therapist

But what does all this have to do with yoga? Yoga serves as a good substitute for bad habits.

In the past, I would have turned to one of two things in all of those cases: weed or cigarettes. Yoga is a much healthier (not to mention cheaper) alternative.

The best part? It’s there for me anytime I need it. I don’t have to go to a gas station or find “a guy.” I can roll out my mat and get straight to feeling better. This isn’t about getting flexible. It’s about the total wellness of your mind, body, and spirit.

Has yoga made a difference in your mental health? If so, I’d love to hear about it in the comments!