Why the World Needs Yoga Superheroes 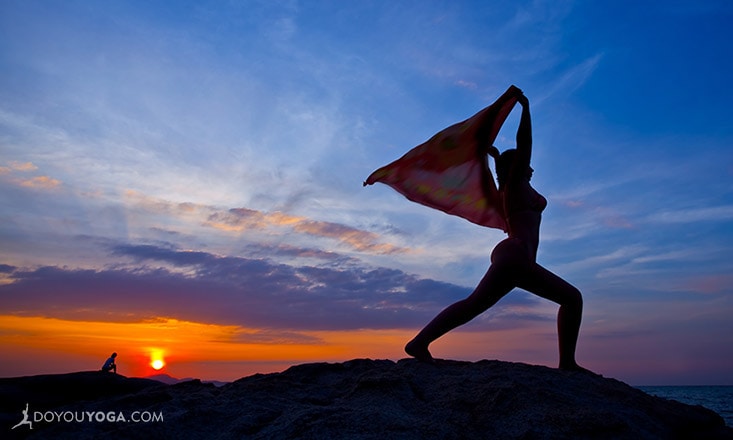 The train rattles along the tracks as I gaze out of the window at nothing in particular. To alleviate the tediousness of another journey through the suburbs, I take out my phone and load Instagram.

I’m struck by the growing number of yoga selfies of super humans molding their bodies into virtually unimaginable shapes, complete with a philosophical quote to inspire us to become superhuman ourselves.

Yoga can help you be the best version of yourself. ~Tara Stiles

Whether you love or loathe yoga-selfies, there is no denying that we have plenty of hero worship to bestow upon our favorite yogis. It’s true that the rise of the yoga-selfie has sparked controversy, but as I speed across the city, I’m struck by an idea; are these super humans our high street yoga superheroes?

Grab Your Mat, Grab Your Cape

In a world where religion isn’t enough and governments confuse and conflict with our own values, are we all just looking for a source of inspiration and guidance?

In the superhero and the yogi we find our ideal self: someone who understands our human experience and can show us how to rise above it. After all, like most Superheroes, yogis are just ordinary folks who have developed extraordinary abilities.

The truth is, yogis and superheroes share some common traits. They bound by their intention to move beyond the reality that is presented and make the world a better place. They recognize the depth and richness of life and exist in a diversity of dimensions. Yoga inspires us to look for more than what we see and be who we’re meant to be.

"The door is more than it appears to be. It separates you from who you can be." ~The Fantastic Four

While superheroes may be born of fantasy and fiction, yogis are plastered all over our social media networks as well as bending and breathing in a studio near you. The same characteristics we see sketched between comic sheets are etched in the selfie-smile of Shiva and Shakti and Sven as they pose in Sirsasana, Scorpion and Supta Padangusthasana.

Sandwiched between their sass and savvy is unprecedented physical and mental strength acquired as a result of transcending some personal struggle or global crisis that has enabled them to love and accept themselves confidently. Both superhero and yogi see the world differently: They know who they are and how to be, effortlessly.

Yoga is the practice of tolerating the consequences of being yourself.~The Bhagavhad Gita

The vastness of their heart and commitment to the cause reminds us to care, that we count, and that the work of one man can have an impact. They possess special powers which imply we’re all special in our own way. And they’re exuberant, spirited, and adventurous–what’s not to admire?

Could it just be that subconsciously contained within an innocent asana snapshot is infinite possibility, because we are reminded of our own limitless potentiality and shown a path that we can all tread, be it by spider bite or intergalactic time travel?

"It is not who I am, but what I chose to do that defines me." ~Batman

Buddha and Ironman both agree on this point. The Buddha said, “No one saves us but ourselves. We ourselves must walk the path,” while the like-minded Ironman concurs: “Heroes are made by the paths they choose, not by the powers they are graced with.”

Here are some heroic qualities we can all cultivate on and off the mat.

1. Believe in yourself and all that you can be.

Muhammad Ali once said, "I am the greatest. I AM the greatest. There ain’t anyone better than me!" He realized you can’t expect belief to come from anywhere else. Cultivating self belief is the single most potent thing you can do for empowered living. Push your boundaries and base your decisions on who you want to be.

2. Understand that you CAN make a difference.

Ok, perhaps you don’t have superhuman powers but that doesn’t mean you can’t move mountains. Whatever you chose to do, make it count and never forget that you matter.

Sprinkle love and kindness wherever you go and always be considerate to others. Always act for the greater good.

4. Don’t worry about being popular.

Forget fitting in and stand out; being your most authentic self is what counts.

5. Look beyond the veil of reality.

There may be more to life than meets the eye. Always search and speak the truth.

Work with your own intuition and insight. Do what you need to do.

Let’s face it, few yogis or superheroes could be considered a little kooky, so don’t be afraid to unleash the crazy.

Good luck on your mission and keep these words by Commissioner James Gordon in mind in your daily life: “You’re going to make a difference. A lot of times it won’t be huge, it won’t be visible, but it will matter.”