Why Mantra Repetition Is Powerful And Important To Yoga 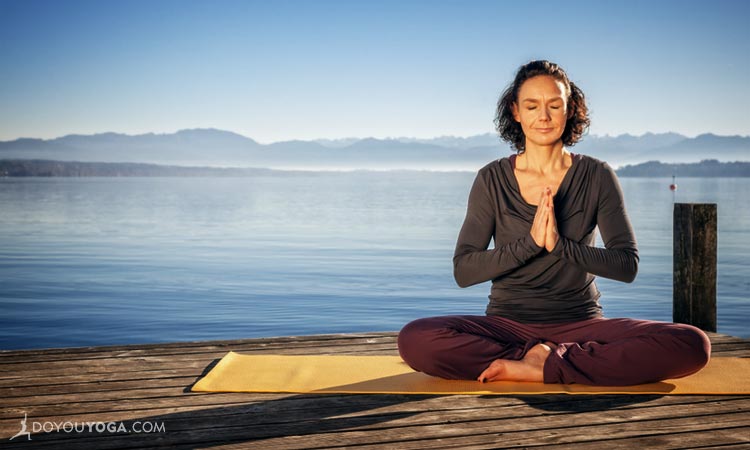 My first visit to the yoga ashram was full of new experiences. Many other languages were spoken there; French, German, Spanish, and Hebrew—I could only follow half of the conversations that took place! Not to mention, all the Sanskrit. In addition, the spiritual energy there was high, so it was also fascinating to observe the traditions of the temple and its grounds.

Pujas, rituals, mantras, and Upanishad scripture study were going on all the time.

My karma yoga assignment was to clean the temple every evening after dinner. At the same time each evening, a woman would sit on a meditation cushion in the far corner of the temple with mala beads strung over her right wrist as she rhythmically repeated her mantra: Om Namo Narayanaya.

I was fascinated by this woman and her mantra. I would often stop what I was doing to look at her, careful not to stare too long. What struck me the most was the times during her practice when she would become silent for a moment as a smile spread across her face. It was the smile of true contentment and joy. She looked peaceful, happy, and radiant.

The Connection Between Mantra and Sound

Mantra repetition is a powerful tool for yoga practitioners who wish to deepen their study. The idea is to use sound to focus your mind on something bigger than yourself.

This ancient technique originates in Tibet and India. The idea is that mantra is intrinsically related to sound. Mantra is sound, and sound is echoing in everything in the universe. When water flows, the gurgling sound it makes is mantra. When wind blows through the trees, the rustling sound is mantra. When we walk on the earth, our footsteps produce sound, and that is mantra. The breath which repeats itself and symbolizes life itself, is also mantra.

Sound has enormous power. In fact, it has the power to create an entire universe. It is written that God originally manifested as sound. According to ancient Indian belief, in the beginning there was sound, which reverberated as Om (Aum), and from that sound everything came into existence.

The Importance of Words

When letters and syllables come together, they form words. Both our spiritual and our mundane life are possible only because of words. Each word we use has its own power and produces its own reaction.

A mantra is no ordinary combination of letters and syllables, but a living force. The name of God is not different from God. Mantra has been called the sound-body of God: It is God in the form of sound. If you have not yet had experience with this simple, yet powerful practice, here are two simple mantras to try.

Two Mantras You Can Try

To get ready, find a comfortable seated position either in your meditation space or any other quiet, undisturbed area where you feel safe. If you have mala beads, you can use them to count the repetitions of mantra, working your way up to 108 times. Close your eyes, take three deep breaths in and out through your nose, and begin.

The So Hum meditation is a simple but powerful technique that uses the breath and the repetition of a mantra to quiet the mind and relax the body. This meditation helps take your awareness from a state of constriction to a state of expanded consciousness.

The yogic mantra "so-hum" is not only a reflection of the sound of the breath but also carries a contemplative meaning: "I am that" (so = "I am" and hum = "that"). Here, "that" refers to all of creation, the one breathing in us all. This contemplation meditation is an opportunity to focus your "thinking mind" on the mystery of being and to reflect upon the interdependent nature of all phenomenon revealed by the sages and proven by science.

On the inhale, focus on “so” and say silently to yourself “I am.” Contemplate on its meaning, visualizing the connection of yourself with the countless beings on Earth. As you exhale with “hum,” inwardly say “that” or “all that is.” Visualize your exhalation leaving your body through your nostrils and then merging back into the atmosphere, back into infinity, back into "all that is."

Stay with this contemplation until you naturally begin to settle into a state of unified consciousness (which may only be for a few brief, refreshing moments at a time). If a thought (vritti) arises, come back to the simple mantra, "so hum."

The mantra of Vishnu (aka Narayana) is chanted to invoke his all-pervading power of mercy and goodness. Repetition of this mantra confers infinite love, prosperity, power, glory, wisdom, and total liberation. It gives the ability to dissolve obstacles resulting from egoism and ignorance. It is a mantra of peace, bringing balance to an off-centered world.

A mantra is there to help you, and to give guidance, comfort, love, strength and focus. Some people are initiated into a mantra that has personal meaning, and are instructed to stay consistent, never straying from it. Other yogis have a practice of changing their mantra with the tides, choosing one that suits their needs at that particular time. Whichever practice you choose, speak your mantra with clarity and intention. Set a goal for a certain number of repetitions, or a set amount of time.

Close with a moment of gratitude, reflection, or prayer to soak up the energy of your meditation into your being and life.