Why I Returned to Yoga After Years of Weight Lifting 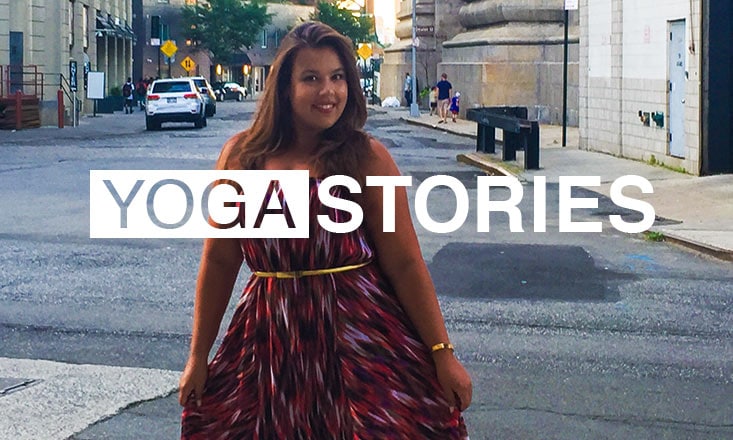 In 2008, I decided to prioritize my health into my daily rituals. I was no longer feeling like myself, which in retrospect might have been my clothes cutting off my circulation with all the weight I had gained.

Nonetheless, I joined a gym and haven’t stopped since. I quickly fell in love with boxing and weight lifting. The heavier the weight I lifted, the stronger I felt in body and mind. For years I trained multiple times per week, and despite the aches to my knees and the soreness in my muscles, I neglected everyone’s advice to stretch.

Lies I Told Myself

That was the first lie I told myself. Others included “I don’t have time to stretch,” “I want to get to  the GOOD part of my workout” and on and on it went.

But in 2014, something changed. I still loved working out or training, as I call it, but I no longer felt the connection to the “iron” as is often referred to weights. I wanted to adopt a regimen I could do anywhere.

I wanted to be more connected to my body and not another object, I wanted to be fully present and not just repeating movements that had become second nature. In short, yoga was calling me.

Back in college, I took two semesters of yoga, but that was a long time ago. Where would I start? Eventually I found a local studio and as I made the climb to the third floor, with each step, I couldn’t quiet my inner voice asking…

Am I TOO BIG for Yoga?

My body type doesn’t mirror the images I saw in catalogues, videos and magazines, and I almost turned around to leave more times than imaginable. Thankfully, my desire to try was greater than my desire to quit. And 90 minutes later? Class, complete!

This ignited a yearning to deepen my practice, so in addition to visiting the studio, I found the 30-Day Yoga Challenge with Erin Motz and completed that, too!

November 2015 will mark my one-year return to yoga. I continue to train at the gym focusing primarily on calisthenics and kettle bells, but yoga is a vital part of my training. I commit to practicing at least three times per week, and my mind AND muscles are grateful!

What were some of your own yoga myths that initially kept you from practicing? Leave comments below – I would love to hear from you!