What Would Ram Dass Do? 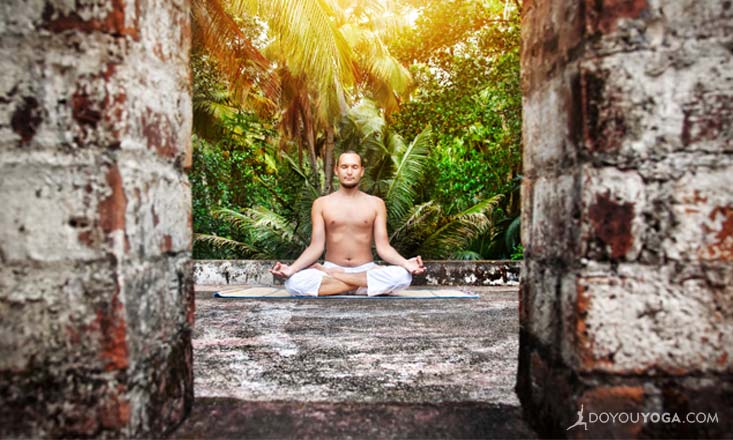 I wonder what it was like to be alive at the dawn of human civilization.

Would I have been friends with the Neanderthals? Or would there be some weird competitive energy because I thought my forehead was less sloping? Would I wear a pelt made of mammoth wool, and was it flattering to my hips?

Would my best friend Pog get bitchy because she ran out of charcoal pigment for her cave paintings? And if so, would it be okay to knock her over the head when she got out of hand and grunted so much I couldn’t sleep? So many questions!

One of the mysteries that plagues me the most is, at what point did humans start creating codes of morality to hold each other accountable? What forms did these sets of values take?

Was there one leader, like Crog, who made sure everyone followed the rules? What were the guidelines and how were they enforced? Did Crog kick you out of the cave to be eaten by sabre-tooth tigers because you farted too close to the fire, and a blast of gas burnt the back-hair off Pindu?

These things happen, Crog—lighten up!

On Fear-Based Ethics and Yogic Philosophy

At a certain point in our evolution, politics and religion became the prevailing principles that dictated our behavior. Social convention and etiquette of course played a part in how we acted towards each other, but constitutional laws and religious dogma became the consequences.

If we violated the decrees, we were punished either on earth or denied heaven. Yet both these institutions operate on a threat-based policy. Rather than people acting good for goodness sake, we instead fear the outcome of getting on Santa’s naughty list.

This is why yogic philosophy speaks to me so profoundly. There is a set of ethics being espoused, but there isn’t the same fear-based insistence associated with it. In my everyday life, however, it is not exactly easy to leaf through the Sutras and ponder how best to interact with the world.

Yes, there is a fundamental ethos I keep in my heart, but if I wanted to act like a yogi, I have to think like one as well. And while sifting through esoteric metaphysical prose is inspiring and thought-provoking, there are times when I seek clarity and specifics.

The Need for a Moral Compass

I don’t know about you guys, but my days are filled with a variety of challenges.

There are people in my life I sometimes want to yell at for eating their sandwiches too loud, there are times when I make fun of absurdly arrogant Facebook status updates, and there are moments where I am jealous of a 6-year-old girl for dancing the Salsa better than me.

How does she move her hips so damn fast!?

Despite the fact that I want to be the change I’d like to see in the world, I also sometimes want to steal an apple from the organic hippy grocery store “Self-Righteousness Produce” because it cost $9.

Of course I rethink my intentions of petty theft, and instead place it gingerly in my hemp shopping bag, next to the $40 chocolate bar… Still! Every day, I am reminded of the vastness of my imperfections. So I like to use one conclusive question to help me make decisions in life.

“What would Ram Dass do?”

If you are not familiar with Ram Dass, he is the shit. And yes, that is a yogic term. I relate to him because he hung out with Timothy Leary, and has a killer beard! I see him as a modern living embodiment of the yogic teachings, and I try to channel his approach to existence.

If someone is being super rude at the farmer’s market and pushes in front of me to take the last gluten-free, sugar-free doughnut made of kelp, rather than saying, “What the dick you selfish prick,” I instead think, “What would Ram Dass do?”

I don’t think Ram Dass would slash the tires on their Prius like my instincts suggest, but rather send them love and compassion and hope they enjoy their precious treat.

As yogis, we can’t just contort our bodies, bow to strangers while whispering ‘Namaste,’ and call it a day. We have to have a deep personal relationship to the wisdoms laid out to us in this ancient practice. It is a complex challenge to adapt an approach that is thousands of years old to our modern world.

Yet, by personifying the lessons, I find it helps keep me grounded and more conscious of my actions. By thinking of Ram Dass and wondering how he would respond, I tend to not only be more peaceful, but also mature in my reactions.

Maybe there is someone else whom you have read about, or know, that is your Ram Dass? I like living saint and consummate embracer Amma a lot too, for example, but I only wear “natural” deodorant scented with positive intentions—so not everyone wants to hug me.

Whoever you choose as an inspiration, make them your spirit animal and let them guide you as we float through space on this ball of rock we call earth.