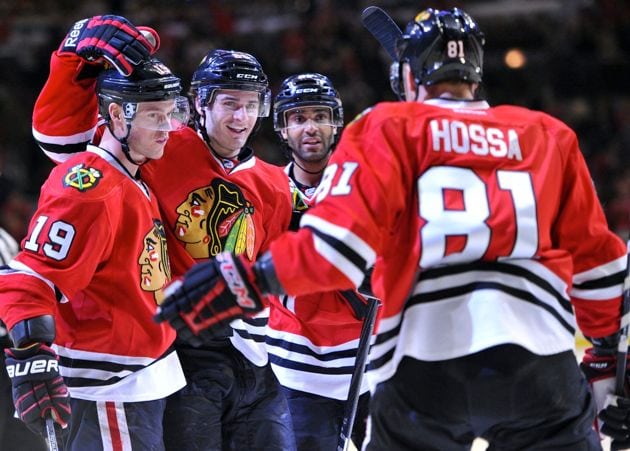 The Chicago Blackhawks have won the Stanley Cup… for the second time in four years! They beat the Boston Bruins, excitedly exclaimed the announcer at the end of the sixth game of the Stanley Cup Finals Championship on Monday, June 24. As a Chicago gal, I was filled with pride and happiness. But my joy didn’t stop there. On Friday, June 24, Chi-Town honored its sports heroes with a well-deserved parade and celebration.

While this is quite an exciting, historic honor for The Windy City, you may be wondering why I would be sharing this event with readers of a yoga website. After all, what could a hockey championship possibly have to do with yoga, its values or teachings?

On Friday morning, as the City of Broad Shoulders geared up for the festivities, Rocky Wirtz, the chairman of the Wirtz Corporation and John McDonough, the President and CEO of the Blackhawks posted a full page ad in the Boston Globe expressing their appreciation to the Boston Bruins, the city of Boston, the political leadership and to the citizens of the city for the remarkable welcome shown to not only the team but also to the Chicago fans who visited during the series. They explained how impressed they were by what was experienced on the ice and more importantly, how deeply touched they were by what occurred outside of the rink. Mainly, they admired the hospitality the Bostonians displayed during the highly-competitive playoff run. They further went on to acknowledge the level of respect, good sportsmanship and genuine love of the game that was demonstrated. Making reference to the tragic events following the Boston marathon bombing and what the city had to face, endure and overcome, the writers acknowledged the strength of the town. Toward the end of the letter they commended the city for their big heart and gracious spirit and concluded by adding that Boston has lead by example and has set the bar very high for others to follow.

The Blackhawks didn’t have to do this, especially on the day that was designated for their moment of glory. But they did.

Thank you to the entire Blackhawks organization for demonstrating graciousness, expressing gratitude and for teaching us the values that matter most in life. Who would have thought that such a rough sport could bring out the soft side of people?