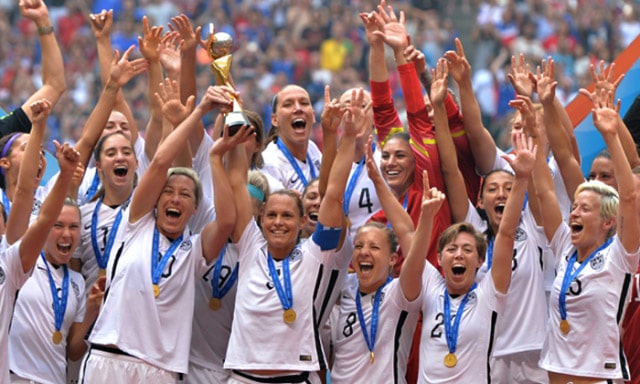 In a stunning victory, the U.S. women’s soccer team took gold in the World Cup final, defeating Japan to become the first team to win the tournament three times.

Midfielder Carli Lloyd was the hero of the hour, scoring the quickest goal ever in a Women’s World cup final, according to the New York Times; Lloyd scored within the first three minutes of the game, but she didn’t stop there. Her three goals were all scored within the first 16 minutes, and the U.S. team was able to build a comfortable 4-0 lead over Japan.

Although Japan rallied with a later score of 4-2, the final score was 5-2 in favor of the U.S.

Mindfulness for the Goal

Lloyd told the Times that she often uses visualization techniques when training, and pictured herself scoring four goals in the final. She didn’t quite hit that mark, but still spurred her team on to victory.

“When you’re feeling good mentally and physically, those plays are just instincts,” Lloyd told the Times. “It just happens.”

Japan’s coach, Norio Sasaki, praised Lloyd’s skills, saying, “She always does this to us…We are a bit embarrassed. She is an excellent player. I really respect and admire her.” (Lloyd previously scored both goals against Japan in the 2012 London Olympics, resulting in a 2-1 victory for the U.S. in the gold medal game.)

Lloyd joins iconic players like Mia Hamm and Brandi Chastain as an inspiration to women and girls everywhere and a reminder that women’s athletics—and attitudes about it—have come a long way.

Julie Foudy, a standout midfielder on the 1999 World Cup team, recalls that attitudes toward women’s soccer were a lot different only 16 years ago.

“We’re talking about them as athletes, rather than some of the conversations we had in ’99 — ‘My God, who are these women? They’re kind of hot!’” Foudy told the Times.

This week, however, it seems that everyone knows who the members of the U.S. women’s soccer team are, and are enthusiastically cheering their victory.