Try This Fusion: Yoga and Boxing (With Video) 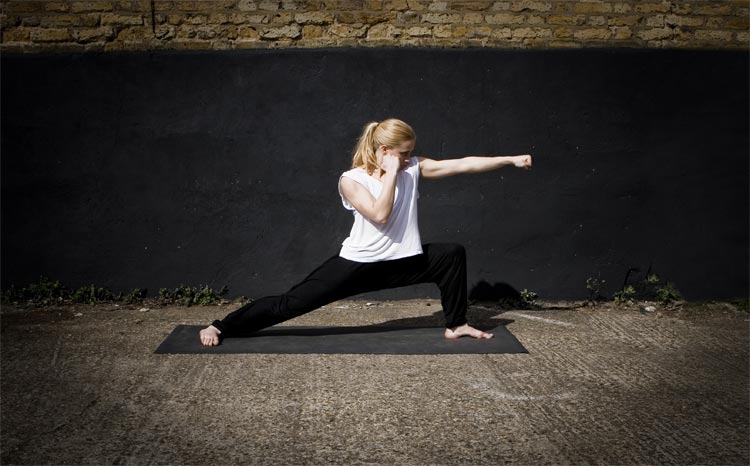 Boxing Yoga focuses on alignment, posture, and coordination by combining Ashtanga Vinyasa yoga with traditional boxing techniques. Unlike most yoga fusion classes, this one is unique in that it puts more of an emphasis on boxing than on yoga. According to Female First, the original concept behind the class was helping boxers improve their coordination as well as overcome “physical and mental barriers.”

Total Boxer founder Matt Garcia came up with the concept; it was developed by contemporary dancer and yoga teacher Kajza Ekberg in collaboration with boxers, yogis, martial artists, and physiotherapists, according to BoxingYoga.com. Although the site describes it as “an important complement to a fighter’s regime,” Boxing Yoga is not just for boxers—it does help teach basic boxing techniques, including stances and punches, but is intended for anyone who wants to improve their muscle definition, core strength, and stamina.

Benefits Of Combining Yoga And Boxing

Boxing Yoga shares other benefits with traditional yoga, such as improving focus, increasing energy, opening up the hips, increasing range of movement, and developing healthy breathing habits. According to the site, it also helps boxers reduce their recover time after injury, as well as reduce the risk of injury in the first place.

The classes themselves begin with a yoga-based warm-up, followed by poses combined with slow punches and lunges. Official Boxing Yoga classes are only available in London and Ireland at the moment, but similar classes can be found all over the U.S. at local gyms.

For those who are curious and can’t make it to the gym or don’t have a program in their area, check out this here’s a virtual workout from Kajza Ekberg and Boxing Yoga: