Toilet Yoga – Why All Veteran Travelers Should Know Garland Pose 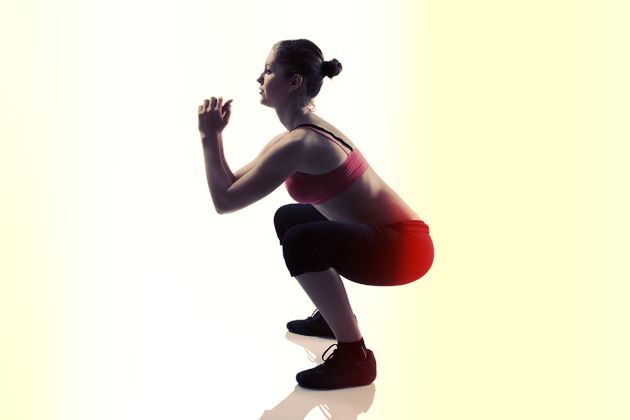 Toilet Training! If you have a two year old maybe this is a common topic of conversation for you. I have not spoken of toilet training in over 20 years so this is not a topic I have thought about in a long time. I think I’ll call this conversation, “bathroom behavior.” Here in my new home in Thailand one of the most interesting and common topics of conversation for new arrivals from the west is, “Ahh hem, excuse me, but how do I use the toilet?” And this is said by fully grown adults who (hopefully) have been using the toilet correctly for many years.

Let’s just first talk about the word “toilet” shall we? My ex-mother-in-law insists that “toilet” is a bad word, in the same category of un-wholesomeness as damn and crap. You just don’t say “toilet” in mixed company. I don’t feel that strongly about the word, but I understand the thought process behind it. It’s just not something we openly discuss over say, dinner, unless of course you are in the company of 10 year old boys, then it’s a common source of humor. But my group of 60 or so new teachers to Thailand found this topic of conversation a constant “go to” topic and not only as dinner conversation but at breakfast, lunch and of course after a few beers.

So what’s up with the potty mouth? In the East (most Asian countries) and in the Middle East also, the toilet just doesn’t look the same and the etiquette around it is different also. First, it is labeled as a “toilet” not a bathroom or a rest room as is more polite in America. Thais will just giggle or look blank if you ask for the rest room. They may be a little bit appalled if you ask for a “bath” room since they will assume you want to take a bath in their restaurant. In Thai the word for bathroom or toilet is Hawng Naam. “Naam” is the word for “water” and hawng could be translated loosely as closet or room, similar to a water closet (WC) in British English.

So now that you have found your hawng naam it’s still a scary prospect once you’ve stepped into the stall (let’s hope there is one!) I first encountered an eastern squat toilet at the Toilets in the Tokyo airport. I walked into a stall and looked down and saw, what? I had no idea what! I had heard somewhere in my reading that I may encounter a toilet that might include a hole leading to plumbing, but I had skipped over most of the explanation assuming that would be only in very rural areas. Nope, turns out they’re everywhere.

Most toilets (we’ll use it as Asians do: capitalized as in the place, not lower case like the commode itself) will have an option of three or more eastern squat toilets and one or two western sit down style toilets. If a busload of “farang” (read white-westerners) or other westerners pull s up at a gas station you better already be in line for the one sit down toilet because they’ll all be headed there! Notice how I wrote “they,” as if I am no longer a farang! Aren’t I sounding all veteran traveler?

How To Use A Squat Toilet

So there you are in the eastern squat toilet. Now what do you do?

How To Do Garland Pose (Malasana)