3 Amazing Yoga Facts That You Don’t Know About 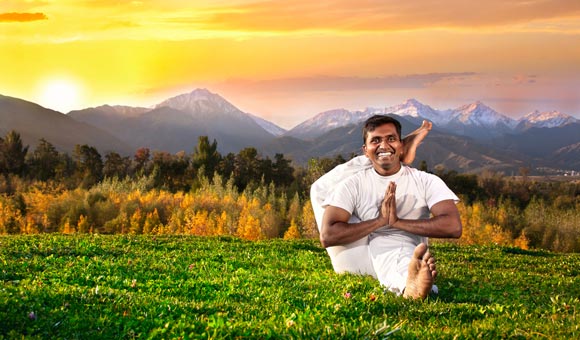 While yoga is a pretty popular activity nowadays, truth is there are still a lot of misconceptions about it. You won't believe how many people think yoga is a religion or only practiced by vegetarians. Of course you know that this is all bogus, but chances are that the following yoga facts will come as a surprise to you.

Yoga Fact #1: Some Christian Sectors Oppose the Practice of Yoga

Speaking of religion! During an interview with the Associated Press the president of the South Baptist Seminary (SBS), Albert Mohler, called yoga a type of "spiritual confusion" and urges people to turn away from yoga. Here is a quote: "To a remarkable degree, the growing acceptance of yoga points to the retreat of biblical Christianity in the culture. Yoga begins and ends with an understanding of the body that is, to say the very least, at odds with the Christian understanding."

He further explains that yogis can't be true and faithful Christians because "when Christians practice yoga, they must either deny the reality of what yoga represents or fail to see the contradictions between their Christian commitments and their embrace of yoga.". The guy is serious, so let's hope he doesn't have too many people listening to his stretchy statements (pun!).

Yoga Fact #2: Yoga Has Been In the US for Over a Hundred Years

True, yoga did become vastly popular in the States in 1960s, but that doesn't mean that it was only then that it was first practiced. Fact of the matter is that the renowned Hindu teacher Swami Vivekananda came to the United States in the 1890s, bringing along with him his vast knowledge of yoga. He used to teach at the Art Institute of Chicago and other schools, and transferred his yoga knowledge and practices to quite a number of students. While Vivekananda did not practice asanas, he discussed four ways of worshiping, which were Jnana yoga for the rational, Karma yoga for the worker, Raja yoga for the mystical, and Bhakti yoga for the emotional. He actually published one book on each of these four ways. Furthermore, Wikipedia mentions that "Vivekananda was the principal reason behind the enthusiastic reception of yoga, transcendental meditation and other forms of Indian spiritual self-improvement in the West."

Yoga Fact #3: Yoga is Based on the Breath

This one is for all the beginners and it's really much more important than you might think. The common perception is that it takes a union of physical and mental capabilities of a person in order to fully reap the benefits of yoga. What people tend to overlook, however, is that it is actually a breathing exercise more than anything else. Yes, it does require a lot of flexibility, more than that, though, your ability to do and maintain poses really depends on your breathing.

It is in the breath that calmness and focus is established, and from there, you open up and enable yourself to emerge into yoga practice. At the same time your breathing technique yields a lot of health benefits, such as the detoxification of the body, and the development of newer, fresher blood cells.

There are tons of other interesting facts about yoga that view people know about. We just dug out some of them to show that the learning never ends. And that's the beauty of yoga…and life!