The United Nations Says “Yes!” to Yoga for World Peace 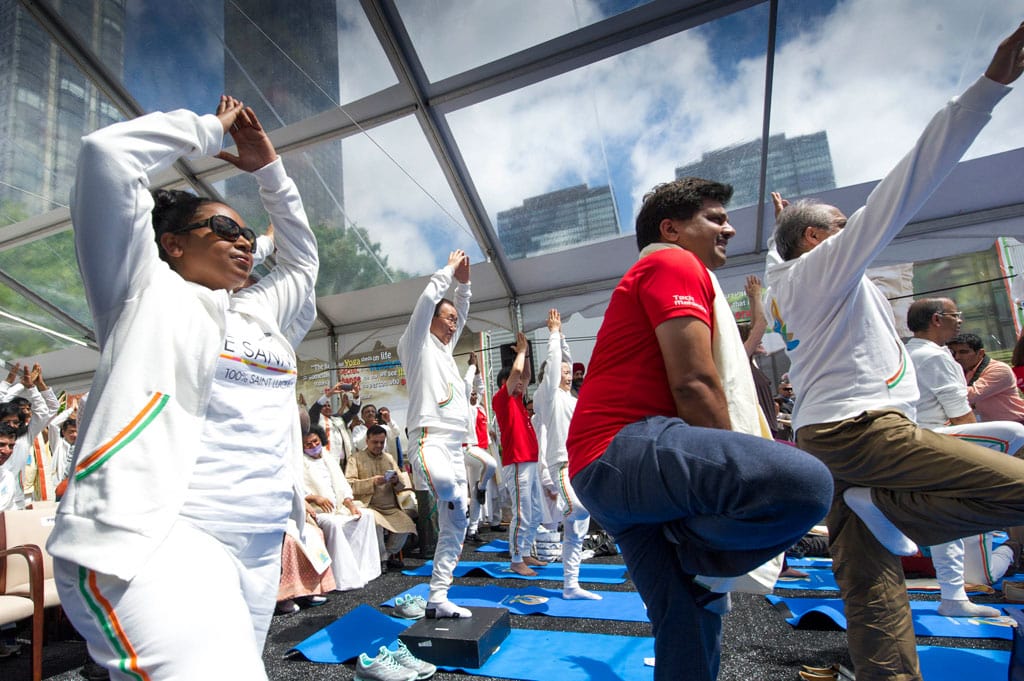 We yogis have always known that our practice is instrumental to living peacefully and harmoniously with others, and apparently the United Nations agrees!

When Prime Minster Narendra Modhi suggested establishing June 21 as the the International Day of Yoga to the United Nations General Assembly (UNGA) in 2014, he met with widespread support.  No less than 175 U.N. member countries agreed to co-sponsor Modhi's proposed initiative, making the International Day of Yoga one of the most popular UNGA resolutions ever passed.

The first International Day of Yoga, held last year, was a huge success, and was observed by millions of yogis around the world.

U.N. Secretary-General Ban Ki-moon, spotted getting his first ever yoga lesson last year is also a big fan.  In a statement, he praised yoga's physical and mental health benefits, and expressed his belief that practicing yoga can “help raise awareness of our role as consumers of the planet’s resources and as individuals with a duty to respect and live in peace with our neighbours.”

How did you celebrate International Day of Yoga this year? Let us know in the comments below!