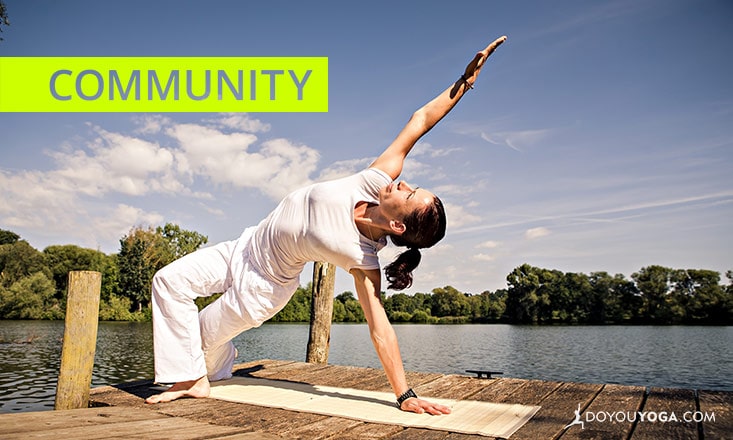 I have a huge love of adventure. I will go anywhere and try anything. My grandma taught me to always have something in my “inbox,” and that’s advice I’ve 100 percent taken to heart.

But despite all this, the adventure that tested me the most was my yoga teacher training. However, it wasn’t in the traditional sense.

Sure, flying to a beach in Mexico is usually considered the adventurous part, but for me (at least at first), it was spending twenty-six days in close quarters with a bunch of strangers.

This is how I survived my scariest adventure, and how you can, too:

1. Step Outside Your Comfort Zone

Talking to people on the street, the cashier at the store, or the person with the bunk above yours in a hostel is easy. But getting to know twenty-something new people? People from all over the world? Living with each other all day, every day? It can be a little overwhelming.

I don’t consider myself shy, really, but it can be difficult to open up to people fully. I have to get over that hump where I think, “Oh god, they won’t like me and they’ll think I’m weird and they’ll never wanna talk to me again.” So I end up keeping a lot of things to myself.

A comfort zone is a beautiful place, but nothing ever grows there. ~Anon.

Stepping off the plane, my biggest fear wasn’t accidentally getting a bad case of food poisoning or encountering a bug with a larger than average stinger, but how I would end up interacting with the other students. I clutched my yoga mat a little tighter, and made my way to the meeting point.

2. Find At Least One Fun Person in the Beginning

The first person I met completely got rid of all my fears. She was fun, funny, and has a love for all things red. After meeting her, I knew that everything was going to be ok.

And it really was! No one there was the kind of crazy-insane Insta yogi we’ve all grown so accustomed to seeing. They were all wonderful, normal people, who all had different levels in their asana practice, and wanted to share their love of yoga with others. Just like me and you.

3. Don’t Be Afraid of Sharing

Our communication and Satya workshops were what really brought us together. We learned about each other’s pasts, fears, and hopes. We learned things in that circle that we probably never would have known about each other if we had just met on the street. We learned how to open up fully and honestly, and through that, become more honest with ourselves.

Because of this, spending twenty-six days in relatively close quarters with complete strangers (who are now my yoga family, my yoga home-base), I’ve learned to be more open and honest with others. I’m not quite at radical-honesty levels yet, but I’m more willing to open up.

So in the end, my biggest, most difficult adventure wasn’t really traveling abroad for a month, or even spending so much time with and getting to know other people.

The real adventure was learning to be a better, more open version of me.