How Diverse is Your Yoga? 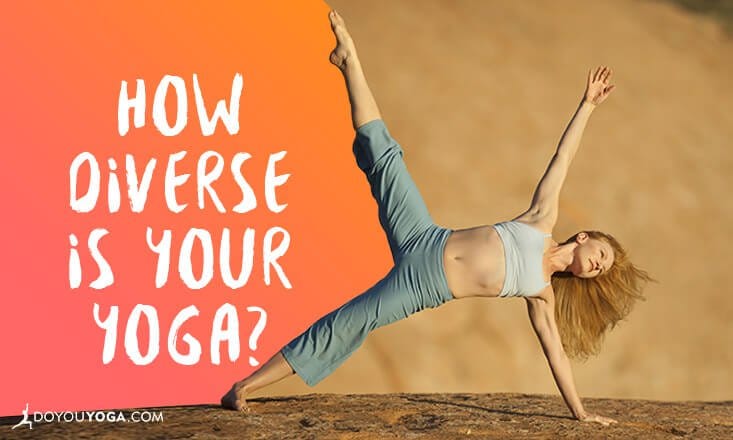 I am grateful that my yoga education has been informed by many diverse traditions which are all open to more than one way of seeing the world. When I get on my mat, this background gives me permission to move in more than one way, feel more than one feeling, and celebrate the multifaceted experience of practice and day-to-day living.

But is this the case for everyone?

Probably not — as one of the things you might have noticed about philosophy, religion, and spirituality is how every single school of thought usually promotes and believes their version of reality as the right one.

In one sense, how can we blame them? If you believe in something and are not willing to stand behind it, why would anyone else think what you are offering has value? But on the other hand…

What happens when a conversation becomes too insular?

While the Tantric tradition I study — called Rajanaka — also believes that its world view is pretty dandy and worthwhile, one of it's defining features is the invitation to be in conversation, welcome diverse points of view, and stay engaged in rigorous dialogue.

When differing perspectives are no longer a part of an experience, we see what psychologists term "group think," where our need to conform to the collective produces absurd unfounded beliefs and at times dysfunctional actions and reactions.

When all we hear is one stream of data — regardless of whether it is verifiable or not — we start to believe it as the one and only truth.

To avoid this predicament, it is vital to get information from various sources, ask questions, listen to other people's ideas and perspectives, and decide what to believe from a well-rounded place.

We've seen it all across history, if you want to brainwash people one of the most important things to do is to limit diversity of opinion at any cost.

One clear example from modern day America is the prevalence of one-way street media consumption…for some. Nearly half of self-identified "consistently conservative" people reported they receive the majority of their information on politics and government from the Fox News Channel*.

On the more liberal side, no one source dominated. It was a mix between CNN, MSNBC, New York Times, NPR, and local TV outlets*.

It doesn't matter if we are talking about politics, food, spirituality, yoga postures, or cars — the gift of living in the information age is that we can call upon differing points of view, which at the end of the day make us all stronger.

Listening to different points of view helps us engage in rich and productive conversation, which at its core is steeped in reality.

One way only goes in one direction, and the perils of traveling this type of road have been proven by the hand of time while jeopardizing some of our most cherished and valued ideals.

Are you steeped in a one way yoga? What would it look like to explore new classes, learn from different teachers, or dive into alternative perspectives? What about off the mat, are you locked into one way streets or are you open to a wider range of views?