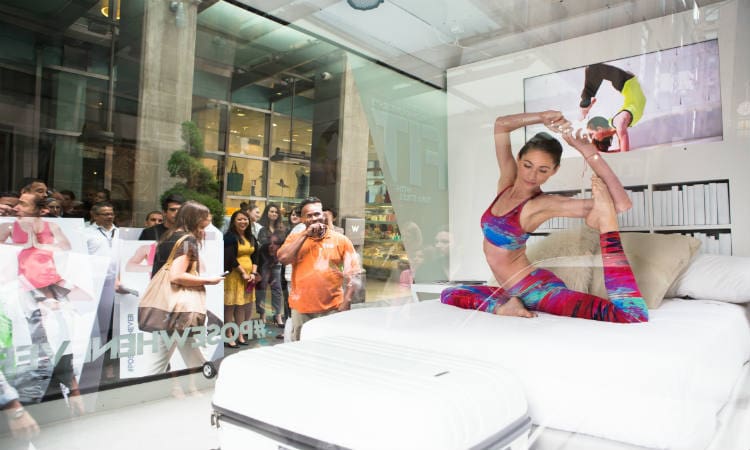 A few weeks ago, residents of New York were treated to a strange sight as yogi Tara Stiles was driven around the city in a glass-walled truck. Stiles, known for her casual, rebellious approach to yoga, performed poses as part of a publicity campaign for her partnership with W Hotels in which she created a 12-minute yoga video that will be available in every room in the W Hotel chain worldwide.

The poses Stiles performed in the glass box are based on the video, which contains four mini-workouts, according to Well+Good. Each one was designed specifically with travelers in mind, offering quick energy boosts to ease ailments like jet lag.

The glass box was also part of the #POSEWHENEVER campaign W Hotels has started on Twitter and Instagram; people are encouraged to snap pics of either Stiles in the glass box, or themselves performing a pose in an unusual location. Participants have the chance to win a trip to the FIT with Tara Stiles retreat in Bali.

What do you think? Is Stiles thinking outside the box with this eye-catching demonstration, or does all the publicity go against the principles of yoga?