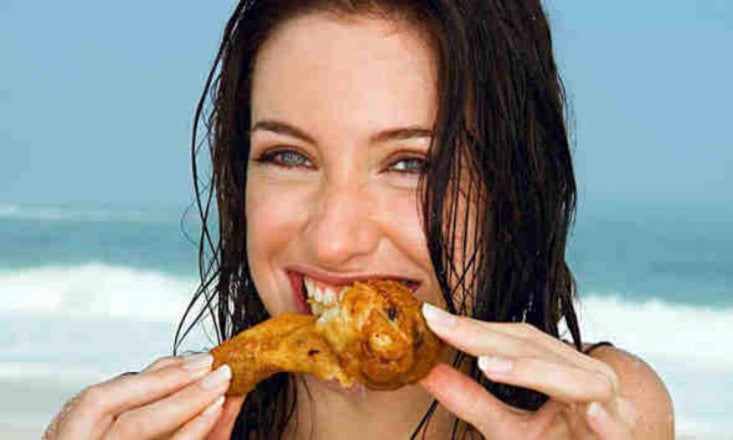 With the new year looming—and New Year’s resolutions along with it—many people are making their lists and deciding what they’ll be doing differently in 2015.

Some will pledge to exercise more, others will vow to spend less money, and yet others will promise to make a change in their eating habits. But will these new habits stick? Not if you’re trying to become a vegetarian, says the Science Times.

The Hardest Meat to Resist

Data from a three-year-old survey on meat-eating was recently released by the Humane Research Council and Harris International.

Of the 11,000 Americans surveyed, only 2 percent said they ate no meat at all, and of the 12 percent that said they’ve “tried” being a vegetarian or vegan, five out of six people (equivalent to 84 percent of vegetarians and vegans) admitted they had gone back to eating meat at some point.

Out of those who had relapsed, 53 percent started eating meat again within a year of giving it up, with 30 percent resuming their carnivorous lifestyle within three months. Many participants in the survey said they found it difficult to maintain a vegetarian diet. Chicken was cited as the hardest meat to resist.

Interestingly, over 60 percent of people surveyed said they began transitioning to a vegetarian diet in a matter of weeks or, sometimes, days, which may be part of the reason why they gave up the all-veggie lifestyle so quickly.

Nutritionist Lisa Young tells the Science Times that gradual shifts in dietary patterns are more advisable, saying that new vegetarians should eat smaller portions of meat until they’ve slowly eliminated it from their diet instead of going cold turkey.

What are your experiences with transitioning to a vegan or vegetarian diet? Have you ever had trouble sticking with it, or do you have a system to keep yourself on track?