A couple of days after Christmas, my friend Nicole and I were having a phone conversation. We had met on a yoga forum and our conversations often relate to this, but we spoke on a great many things; jobs, relationships, friends, family, and then, yoga.

After having finished a very nice chat I sensed she might be hedging a little, but only realized this after we had got off the phone. Moments later, my phone rang again:

Nicole: “I wish I had found yoga like 30 years ago. Do you know what I mean?”

We then spoke for about five more minutes about this. I noted, in ‘yogic’ fashion, about how “now is perfect” and that if we had not gone through all that we had gone through, we would not be here now enjoying our practices as much as we have been.

I spoke to us “in the now” and how we are “perfect” just as we are and we might not have come to our practices if not for everything else that had gone before. Nicole agreed and we bid one another goodnight.

I thought about this for a while after we got off the phone. So, I say this here now knowing Nicole will probably read this:

I shouldn’t say, “I lied,” because I believed exactly what I was saying at the moment, but my perspective shifted a little shortly thereafter.

I love my practice with my whole heart. It is as I would like it to be and it takes so many different shapes in my life. As I say these days: “Everything is yoga.” I believe this. Everything can be done in a yogic way, with mindfulness. Paying attention to the breath. With love and joy and feeling that connectedness to everything. That is yoga.

These are not simple platitudes. This has become a way of life for me and I will tell you, there has been a lot of darkness that might have precluded this. I’m so glad to have found this practice.

Yoga had been introduced to me so many times over the years.

I tried it, but I was busy lifting weights, or on the treadmill or simply “was not into it.” I was lifting about five times per week. I was doing the P90X program for a couple of years (Original Recipe not Extra-Crispy or Special Sauce versions) and it included “P90X Yoga.”

It was long and I only ever got about one hour through it, but I liked it so I added it to my regular workout routine. I started doing yoga one time per week and lifting four.

Then I started seeking out more until I found “The Ultimate Yogi” program which was billed as “The P90X of yoga.” (This is probably due to its structure more than its content.) I began practicing yoga everyday and lifting when I felt like it.

I was hooked and found a path for life.

How is it that something came in and out of my life so many times without taking hold, and now had me completely spellbound? Did it come to me at the “perfect time?” Kinda.

Was it the fact that in the first month of the program, my estranged told me we were getting a divorce? I’m sure that played a role. Was it ego? Possibly. Probably.

Several decades ago, I read a Tibetan tome which quoted an unnamed Rinpoche who stated: “My only religion is to live and die without regret.”

Now I will say—this simply is not possible.

There is something to be learned every second of every day from every person and every thing. The day I have nothing left to learn, I should no longer exist. In this, perhaps we are all immortal.

Hug a stranger (not kidding).

Talk to someone new.

Open as many doors as you can without contrivance.

This leads to never-ending opportunity for growth.

This will make you infinite.

Remember your regrets so you don’t repeat the cause.

Hold the pain and know that it is yours…so you can let it go. 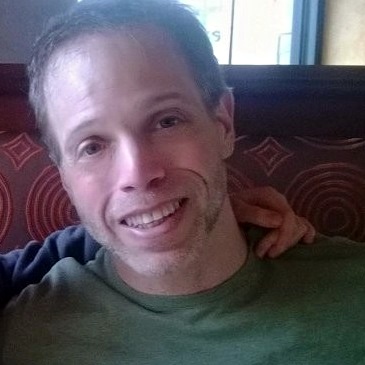 by Dean Lederfeind – Dean is a musician, writer, yogi and traveler and has been working with persons living with Chronic Mental Illness, Homelessness, and Addiction for over 20 years. He is currently the Clinical Services Director for a non-profit in CT. Connect with him on Facebook or Twitter.