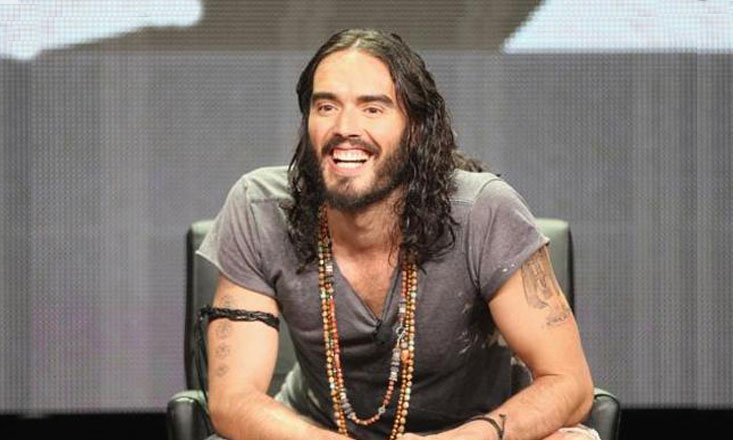 Russell Brand isn't waiting until his baby with Laura Gallacher is delivered to start trying to be a great dad. The 41-year-old star of Get Him to the Greek is practicing yoga daily in order to bond with his first child while the latter is still in utero.

According to a source for the Daily Star, Brand is very serious about his practice. Brand hopes that daily Buddhist meditation will help him form a close, loving relationship with the child as early as now.

Although they've kept their relationship decidedly low-key, Brand and Gallacher have been living together for six months now and are excited about starting a family. Brand, who also owns a vegetarian cafe in Hackney, is making sure that Gallacher is eating lots of fresh, organic food to keep the baby healthy.

Brand has just confirmed his daddy-to-be status on social media, posting a photo of himself holding up a parenting book entitled, The Expectant Dad's Handbook.  Messages of congratulations, as well as suggestions for other baby books, have flooded in.

Has Russell Brand started a new yoga trend for daddies-to-be?

We all know that prenatal yoga is great for babies and mommies-to-be. Do you think practicing “paternal yoga” also poses some benefits? Let us know what you think. See you in the comments!