Namasté – More Than Just a Greeting 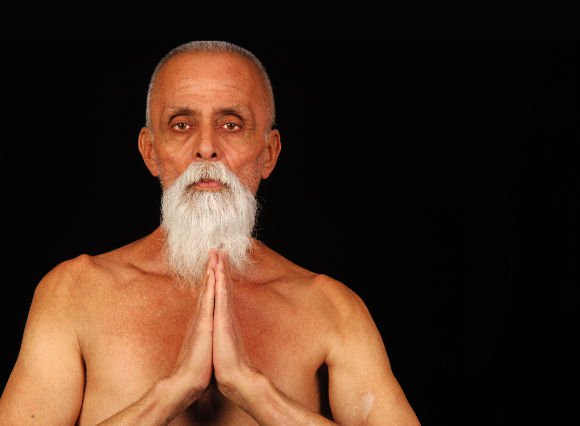 Namasté. I'm sure you have heard this term before, and might even have used it at the beginning or the end of a yoga session. But have you ever wondered what 'Namasté' actually means? Do the physical gesture (touching your palms) and the expression of the word have a deeper meaning? Let's have a closer look!

Indeed it does have a meaning! Let us begin with the definition of Namasté, as stated in ancient Hindu literature. The term 'Namasté' is a combination of two different Sanskrit words – 'Namah' (which means 'bow') and 'Te' (which means 'to you'). So in the simplest of terms, the word Namasté translates to "I bow to you." By the way, there is no right or wrong in terms of putting an accent on the e or not. Some people (like I), spell it "Namasté" because it implies that the emphasis lies on the letter "e".

You may also be aware that the utterance of the word Namasté is accompanied with a gesture of joining the palms of both hands together at chest level so that they point upwards, while closing your eyes and bowing your head slightly forward. In some Indian societies, when you greet somebody by saying Namasté along with this gesture, you are essentially saluting that person's existence in the universe. It's a gesture of friendship and respect.

What you might not be aware of, is that this gesture has a much deeper meaning – one that is rooted in spiritualism. The palms are placed together near the heart, which in yogic terms, is regarded as the divine chakra of the body. Closing your eyes and bowing your head is a symbol of your mind's submission to the divinity of the heart. You can actually do a Namasté to yourself, which is a yoga meditation technique that allows you to dig deeper inside your own divine chakra – your heart. So as you see, Namasté is far more than just  cool way of greeting somebody. It's also a cool way of greeting yourself…and the universe.

In the world of yoga, Namasté is often done beginning and or end of a session  (note how Namasté is actually DONE and not SAID). Usually, the guru initiates Namasté. Symbolically, this is the guru's a way of expressing gratitude towards the students, and to his or her gurus. The students reciprocate with a Namasté to the guru, which connects them to the yogic lineage, and allows for a free flow of the divine chakra's energy.

As you can see, the mere verbal and physical expression of Namasté can actually already provide you with the basic benefits of yoga. Far more than a casual greeting, Namasté helps you forge a better connection with yourself and with others. Try it out!