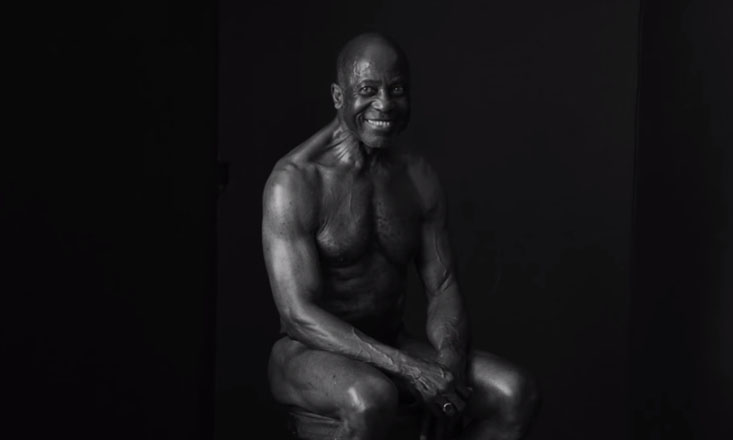 Jim Morris is a former bodybuilding champion who once worked as a bodyguard for Elton John. He’s also 78 years old and a vegan.

Proving that you don’t have to eat meat to build muscle, Morris, who became a vegan in 2000, posed for a PETA campaign last year in which he showed off his still muscular physique and touted the vegan lifestyle.

“The protein in animal products is so laden with fats and chemicals and all sorts of stuff that’s harmful to you,” said Morris to PETA.

“When I was competing and stuffing down all of that sort of stuff, I had lots of digestive problems. I know as a fact I would not be here and I would not be in this condition now had I continued eating the way I was.”

Morris tells Frugivore magazine that before he became a vegan, he had suffered from digestive problems (mainly constipation) all his life. He started taking anti-inflammatory medication for his joints in 1966, and at one point was receiving cortisone injections in both elbows every week.

He would also get colds and allergy attacks often. “Since becoming vegan, all my health problems have disappeared,” he tells Frugivore.

He’s also passionate about the rights of animals, saying, “I believe every creature is born with the inalienable right of freedom. Freedom to live in its natural environment, with its own kind, making its own decisions.”

“I believe the law should prohibit the enslavement of all non human species for any purpose whatsoever.” In the documentary, he says that he “has” to be a vegan because of how he wants to live in this world and treat other creatures.

Morris isn’t the only vegan bodybuilder, either. Austin Aries, a pro wrestler, boasts the nickname “the Vascular Vegetarian.” The 5-foot-9, 210-pound Aries has won the TNA World title once and Ring of Honor title twice. He has also been a vegan since 2011.

He won Germany’s Strongest Man competition in 2011 and currently holds the world log lift record for his weight class. He gets his protein solely from plant-based sources, favoring tofu and soy, according to Great Vegan Athletes.

After setting a record at the yoke walk at the 2013 Toronto Veg Fest, he told the crowd, “This is a message to all those out there who think that you need animal products to be fit and strong. Almost two years after becoming vegan I am stronger than ever before and I am still improving day by day.”

“Don’t listen to those self-proclaimed nutrition gurus and the supplement industry trying to tell you that you need meat, eggs, and dairy to get enough protein. There are plenty of plant-based protein sources and your body is going to thank you for stopping feeding it with dead-food. Go vegan and feel the power!”