Meet Kelsey Koch: The Yogi with “No Limbitations” 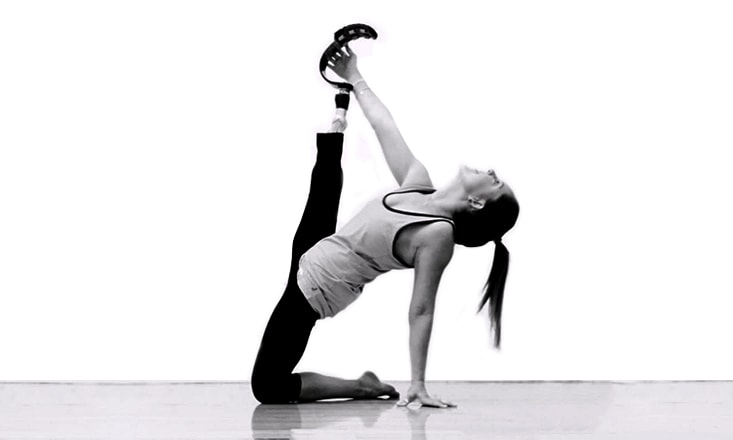 Kelsey Koch is one extraordinary yogi. For starters, at only 24 years old, she’s already the owner of her own yoga studio, Serenity Yoga in Grand Blanc, Michigan. Starting May 2017, she will also be the founder of one of the few yoga programs in the United States exclusively for amputees, a class she has called “No Limbitations.”

Kelsey’s journey toward becoming the amazing entrepreneur and yogi she is today began when she was only nine months old. Born without a tibia in her left leg, doctors decided to amputate below the knee when she was just a baby to improve her mobility later in life.

Although the loss of her leg has never held her back, the amputation caused her to develop a curvature in her spine. At age 22, her trainer suggested practicing yoga as a way to treat her back pain and scoliosis.

Kelsey and Her Yoga Journey

“Yoga makes you work both sides of your body,” Koch said in an interview with SELF Magazine. “I’m so dominant on my right side, so I first started yoga to hopefully strengthen out my left side.” Little did she know then that only two years later, she’d have more than 200 hours of yoga teacher training under her belt, as well as her own studio!

Kelsey’s first challenge as a new yogi was working with her prosthetic. She grew up wearing a prosthetic she called her “pretty leg”—one that was designed to look as realistic as possible.

However, the prosthetic’s stiffness and weight made practicing asana difficult, so on her trainer’s advice, she ditched the “pretty leg” for a lighter running blade prosthetic.

Switching prosthetics proved to be a challenge in itself, however. Her insurance company initially declined to pay for any additional prosthetics. “They don’t see a need for me to have different feet, and each foot can bring so much to my practice. It’s important that I have the right prosthetic for me personally,” she said in a separate interview with the Daily Mail.

These days, she most often wears a light prosthetic that can be attached to a sneaker, making it easier for her to distribute her weight and keep her balance.

Equipped with the right prosthetics, Kelsey has mastered poses that challenge even the most experienced yogis. Not that it was easy. As she told SELF, “You really have to be mindful of how much you practice and really put time and effort into it to really see the benefits,” which is advice that applies to every yogi, prosthetic-wearing or not!

Kelsey has dreamed of teaching yoga to amputees since she first began instructor training. For the past several months, Kelsey has worked with a local prosthetic company to connect with amputees interested in trying yoga. Her first “No Limbitations” workshop will begin in May, and she couldn’t be more thrilled.

She told SELF, “I’m just really excited to have the amputee workshop to see everything come full circle. [!the!] can see me, and they’ll know, ‘I can do it. Maybe not today, maybe not tomorrow, but eventually if I keep trying I can do it.’ And I can help them, knowing exactly what they feel like going into it and how they’re going to need support or assistance.”

Limb loss is much more common than you might think. The CDC estimates that there are 1.9 million amputees living in the United States alone, with more than 500 Americans losing a limb each day. However, you don’t often see this demographic represented in the yoga world.

Although there are a handful of other amputee-focused yoga classes, including the programs we previously profiled, it’s still rare to see workshops like these come on the scene.

No Limbitations will be taught at Serenity Yoga alongside a range of other asana-based classes geared toward a more general audience—which is all part of Kelsey’s plan. After all, as Kelsey points out, the challenges faced by beginner yogis with limb loss aren’t so different from those facing every new practitioner.

“Everyone who is new to yoga is intimidated. They will think they aren’t strong enough, aren’t flexible enough, they’ll find a reason,” Kelsey told the Daily Mail. “You have to start somewhere. And wherever you start is OK. You must always be exactly where you are, always having a place to work towards.”

Whether you wear a prosthetic or not, all of us can learn from Kelsey Koch. “Every body is a yoga body,” she told the Daily Mail. “I want every amputee to find self-acceptance within themselves. Yoga can and will change your life, only if you allow it to.”

We hope that No Limbitations and the other classes like it are just the start of something big that will make the joy of yoga more accessible to everyone!