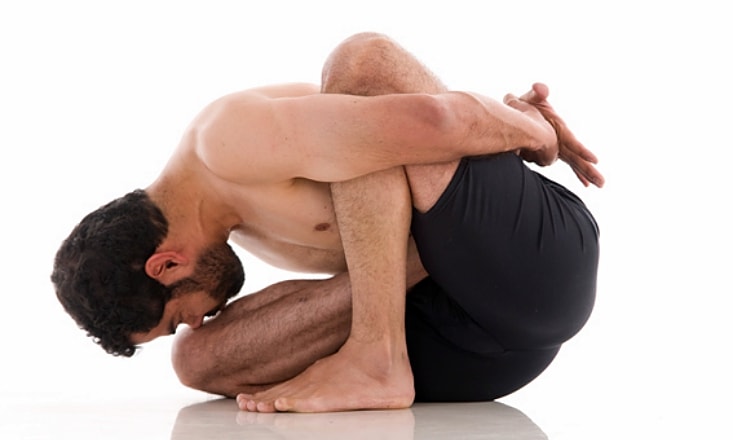 It’s one of the basic rules of yoga; if something hurts, back off from the pose.

A 39-year-old man has suffered an injury that’s usually only seen in car crashes from practicing Marichyasana B.

The man, who hasn’t been identified, was practicing Ashtanga yoga alone, and when moving into Marichyasana B, broke his own femur from the pressure of his foot on top of his opposite leg. He was rushed to the hospital, where his femur was fixed through surgery.

The injury, called a femoral shaft fracture, is generally only seen in car crashes among young, healthy people.

He was released after 10 days, and after five months, he was able to walk pain-free. According to reports, he has started practicing yoga again.

The femur is one of the largest and strongest bones in the body, and is primarily used for weight-bearing.

Listen to Your Body

Yogis, if you’re attempting a pose for the first time, please do so under the supervision of a yoga teacher. Teachers go through extensive training so that they can help you move safely in class.

Perhaps most importantly, if you’re attempting a pose and feel pain that doesn’t feel normal, back off and work into it. Don’t force your body to move in a way it’s telling you not to. Doing so can only result in injury. If not now, then further down the road.

Since more and more people are taking up yoga, doctors are starting to see more yoga-related injuries. Don’t be one of them, and listen to your body when you practice.

Your body knows what it can and can’t do. Even if there’s a pose that you can normally do, and you feel pain while moving into it, back off from it. Your body’s needs vary from day to day, and there’s no sense in attempting something that could injure you.

Stay safe out there, yogis, and don’t be the next person in a hospital due to an injury from a yoga pose!