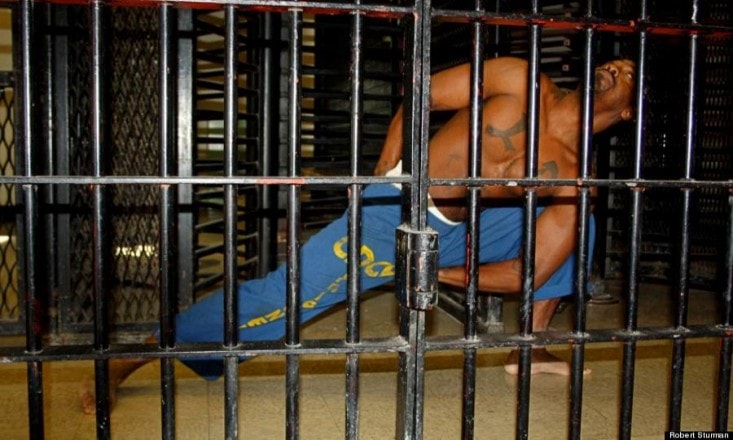 Prison life has gotten more attention in the last few years, particularly due to the influence of Netflix's "Orange is the New Black." Yoga Jones would be proud, as the non-profit organization, Liberation Prison Yoga, is bringing yoga to prisons across America.

Liberation Prison Yoga, which predominantly focuses on different prisons on Rikers Island in New York City, was founded by Anneke Lucas in 2014 and. Lucas, born in Belgium in 1963, was a victim of a sex trafficking ring as a child. After finding yoga and meditation through Paramahansa Yogananda's Self-Realization Fellowship as a young adult, she decided to help bring yoga to others in need.

The people she felt she could help, and who really needed it, were convicts locked up in America's prison system. Liberation Prison Yoga is how she does just that. 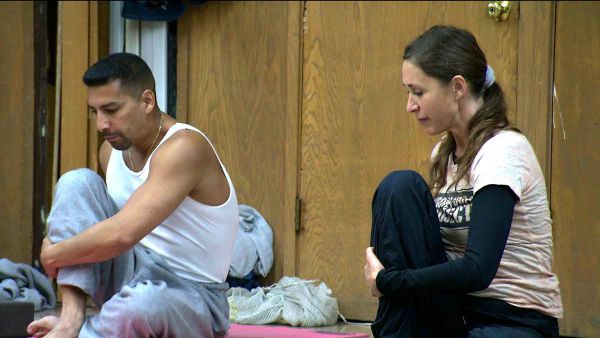 Essentially, Liberation Prison Yoga brings "trauma-informed" yoga to incarcerated men and women, in the hopes that it will improve the quality of their life, both behind bars, and when they are released.

"Trauma-informed" yoga means that the teachers are trained in a way that helps them bring yoga to practitioners in the gentlest, most sensitive way possible. There's a large emphasis on human connection, and aspects of yoga which could be alienating, namely the use of Sanskrit and the spiritual side of yoga, are kept out of the class.

Lucas has "witnessed moments of incredible beauty," according to an interview with Sutra Journal. She doesn't get to work with inmates for long, but does her best to help her students while she can.

She went on to say that, "students have reported that they felt they were changing because of the groups, that they were able to create space for their feelings, and as a result could muster the will to stop with drugs, which are of course available inside. [!in!] 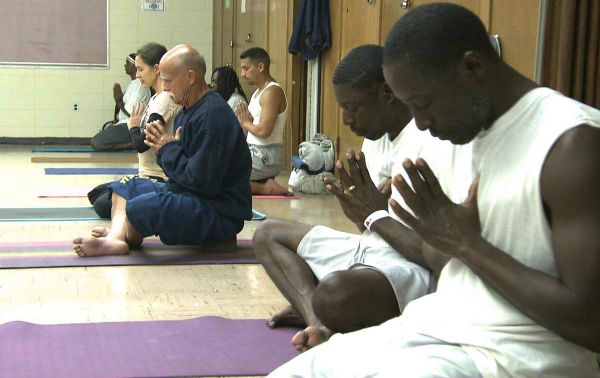 What really brings their work home, is being able to read about interactions with prisoners on the organization's Facebook page. A bit like Humans of New York, the stories you can read there really give a face to people within the penitentiary system.

It's a beautiful thing that Lucas is doing. She and a team of twenty-three other teachers are looking to bring peace to some of America's forgotten people. Often invisible in the public eye, prisoners are finally finding peace and wellbeing through yoga.