Lebron James And Other Famous Athletes Turn To Yoga 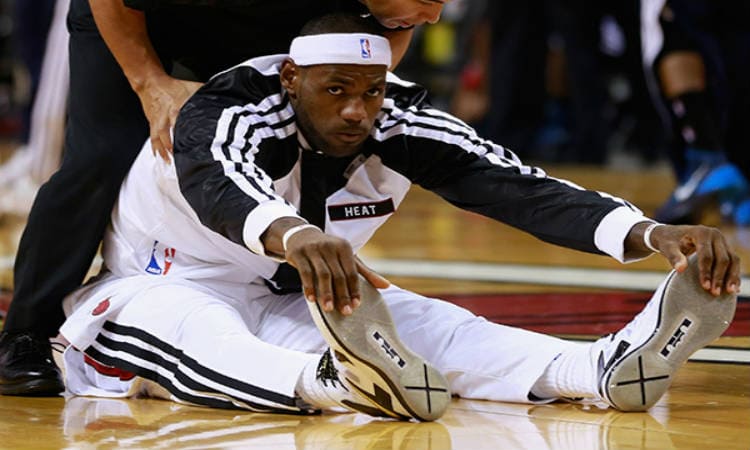 Whether it’s on the field, on the court, or during training, athletes put their bodies through a grueling amount of strain. One look at the Green Bay Packers’ injury report and it’s clear that this list of abdomen, knee, shoulder, neck, and ankle injuries (among others) are not going to shrink anytime soon unless these guys start doing something different.

As it turns out, that something different might be yoga.

Yoga in the NFL

Tramon Williams, cornerback for the Packers, started earlier last year when Terrell Owens told him that yoga was the “football fountain of youth.” Williams credits yoga as the reason he performed so well in the second half of 2013, and says it allowed him to become even more flexible than he was before.

Instructor Ryanne Cunningham of Green Bay has been working with Packers team members for years, and her clientele is growing. As she tells the Milwaukee Journal Sentinel, some players who had pulled their hamstrings were “dying” doing simple stretching poses—yet eight months later, they could reach all the way to the ground.

Yoga In The NBA

On the basketball side of things, Miami Heat forward LeBron James had to leave the last quarter of Game 1 of the NBA finals this year due to leg cramps. However, James took precautions for the next game: he took a yoga class. Sports Illustrated notes that James has been doing yoga for years, describing it as a mind-body technique that keeps him ahead of the curve.

The San Antonio Spurs, who won this year’s playoffs, have been participating in team yoga sessions for years. Coach Gregg Popovich told reporters that he wanted his team to focus on “flexibility, relaxation, [!and!] lowering of anxiety.”

So could the Spurs’ victory have been spurred by yoga? Anything’s possible—and even when teams don’t win, at least players might get injured less often by stretching their way to better health!