Just Because You Practice Yoga, Doesn’t Mean You Are a Yogi 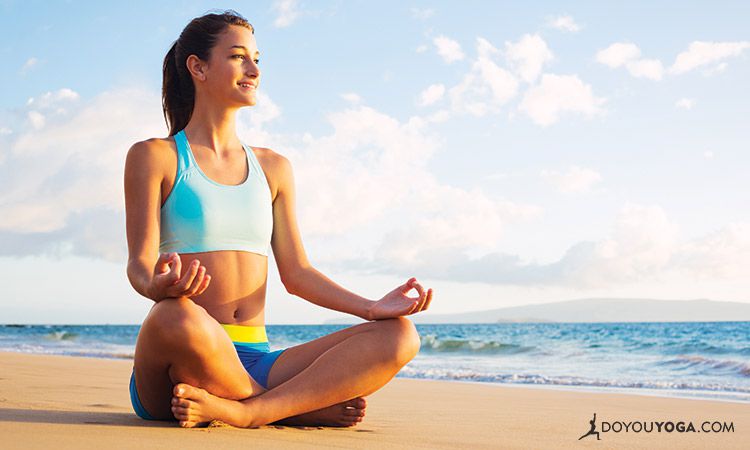 Hi. My name is Toni…and I am a judgmental yogi. So maybe I am not a yogi after all, but I am a person who practices yoga. I am confused. Hold me.

Here is the thing about the yoga community. There are yoga archetypes that can be identified in almost every class and I judge every one of them. Sorry, that was my auto correct – I meant to write I accept them fully for who they are on their journey.

This is the one who comes to class and participates physically, but completely ignores the divine philosophical teachings. They sit on their mat chatting to a friend about a night out drinking Jack and Cokes and eating a GMO-filled, pesticide-laden, hormone-sprinkled, factory-farmed flesh burger before hooking up in a bathroom bar after a line of blow.

They claim yoga at a cocktail party, but don’t make any sacrifices to be it. This disintegration of yoga in their outside lives means they are seeing it as a form of exercise rather than a way of being. Not that there is anything wrong with that, but I will be sneering at you silently from the corner while I sip my Kombucha.

I kind of prefer the inconsistent hedonists to the Warrior 2 type vegans who fart out flax seed dust while wearing hemp-colored hemp pants, but are rude when you ask them to pass you a block. These are the same people that only wear shoes made of recycled tires, but yell at the server behind the juice bar for being too slow while pressing their wheat grass because they don’t want to be late for meditation.

There is this self-righteousness of thinking you are the second coming of Yogi Bhajan, but still falter when it comes to treating people with decency under strenuous circumstances. Sure, they can maybe embody their yoga when in a good mood, but after too much green tea or 90% cocoa nibs, they are just as snippy as a teenage princess.

Warrior 2’s can be inconvenienced by life in the same way as everyone else, but they think just because they have a practice, they are above it all. This willing ignorance to believe you have transcended the ego while still being ruled by it makes me want to shove my yoga mat up their butts (note: this is the category I probably best fit into….so if you need me to bend over later, I will).

Then there are the people who have fully committed to yoga as lifestyle – The Warrior 3-s. These are the yogis who maybe change their name to Trika Asana, wear a turban, wake up at 4 a.m. to meditate, abstain from all substances including sugar, only eat beets for 21 days until the moon waxes into a waning full crystal salt water bath…

The way these Warrior 3’s never express negativity, or how the answer to all their problems is “I will trust the ways of the universe” as they gaze off into the cosmic fabric of existence between the molecules of time, makes me want to shake them into reality.

I mean it is cool that you are “one with everything” and all, but can’t you just be a real person for two seconds and say something I can relate to? Like I don’t know…my mom is sometimes a total bitch during the holidays, or I think these mala beads make me look fat.

Something about the excessive sincerity and the refusal to laugh at yourself makes me feel like they are taking life too seriously. I just want them to lighten the fuck up and have a glass of biodynamic water with a dash of honey wayyyyy past their bedtime of 7p.m.

The Western Relationship To Yoga

The thing about the Western relationship to yoga is that most of us didn’t grow up with an everyday exposure to it, but instead found it in our adult years. We live in a world where Western culture is spreading across the planet like an infectious virus of capitalism, but many of us Westerners are turning to the wisdom of the East for the answers about existence.

There is a bittersweet irony to the fact that ancient cultures are being physically obliterated by national modern expansionism, while at the same time, modernized people are flocking towards ancient knowledge for the truth. Just because Western civilization has come to define current technological “progress” doesn’t mean our iPhones know the meaning of life.

Trust me – I asked, and Siri just gave me a sassy answer about how she “Kant answer that” and then a bunch of links about Gandhi.

Why Do We Seek Out Yoga?

We seek out yoga because there is something missing in our lives, or we feel a desire for a more reflective relationship to ourselves as well as to the world. The teachings of yoga address the inquiries that conventional thinking doesn’t, and there is real insight behind the curtain.

Yoga can become a pseudo-religion to deal with the existential crisis of our current conundrum. People turn to yoga as their spiritual identity, and as a way to bring some greater value into our otherwise vapid civilization of consumerism. Yet, we have to learn how to adapt Yoga into our lives, because modern society isn’t built to support it. It is almost impossible to live in America and not be a yogic hypocrite.

So What Makes One A ‘Yogi’?

The yogi in my mind is someone in India who grew up as a yogi. It was never something they became, but something they always were. The question that has plagued me for the 15 years I have practiced is if we in the West could ever become true yogis, and not just adaptations of our interpretations?

But as much as I want to analyze people’s methods of integration, I realize that this is not only counter-productive but also completely un-yogi of me. We may be stumbling along our path of yoga because we are seeing it for the first time – but there is no ideal.

We are all finding balance in our own way, and the intention behind everyone who takes the yogic path is one of beauty. The most inspiring thing about the current generation yogis, however flawed, is the world they are creating for the future.

Just think of how our children will be raised with yoga as part of their lives. They are hearing mommy and daddy’s words about acceptance and understanding, and they are feeling the consequences of our practice in the ways that we parent. Even if you don’t have kids and never want them, the influx of people who are paving a mainstream path of yogic teachings is influencing the future.

Yoga is now a part of school programs. The children of today are not only aware of yoga, but some are already practitioners. The message of these ancient lessons is seeping into our world just as McDonald’s has into the developing world…except that the gifts of the East are infinitely more profound then chicken nuggets—which by the way, I heard have chicken vaginas in them.