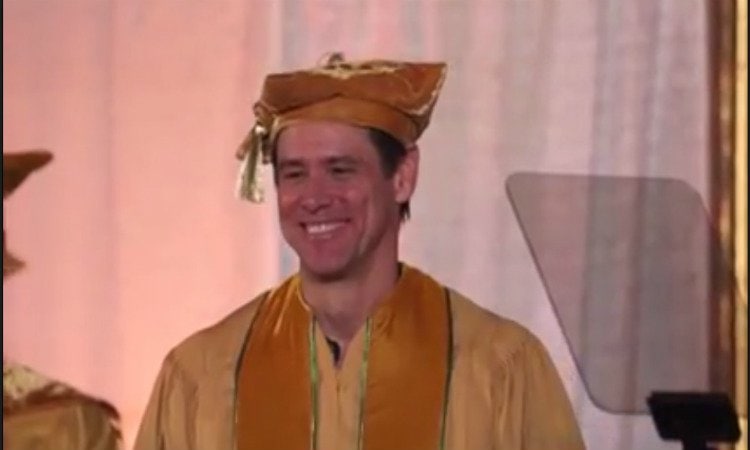 Anyone who’s seen Eternal Sunshine of the Spotless Mind or The Truman Show knows that Jim Carrey can do more than just contort his face into goofy expressions—he also has a depth to him and quite a set of dramatic chops. During the recent commencement ceremony at the Maharishi University of Management (which offers “consciousness-based” education and was founded by Maharishi Mahesh Yogi), he showed that he can also get real in real life.

In his commencement address, Carrey talked about how he was inspired by his father to make decisions from a place of love rather than fear—a philosophy that yogis practice every day. Carrey, who was presented with an honorary Doctor of Fine Arts Honoris Causa, according to the university’s website, encouraged the new graduates to live in the moment instead of worrying about the future.

It may seem like an odd match—a comedian and a school known for its Transcendental Meditation technique—but what better way to spread a positive message than through someone famous? And since we’re posting the video and sharing it with you guys, it must be working!