Is Yoga Too Feminine, Or Not Feminine Enough? 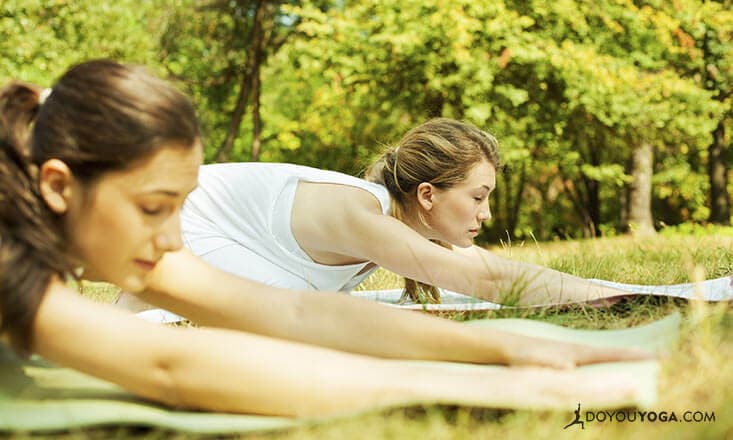 Call me a feminist, but (actually there’s no but) I make no apologies for wanting more feminine energy to empower, and heal, our world.

And I reckon that might mean more feminine energy in our practice of yoga.

So western yoga still has a long way to go in embracing diversity and equity, but women are occupying a dominant (there’s that masculine and decidedly non-yogic concept) position within the yoga community, in terms of sheer numbers at least.

So what’s the answer?

For fear of misusing the term "guru" there still seems to be a great number of men involved in the "yoga industry" as master teachers or innovators of hybrid forms of practice.

Beyond the modern gurus/masters, there are the lineage builders from Bikram to Baron Baptiste, Paulie Zink, Paul Grilley and Bernie Clarke in Yin yoga, to the founder of America’s largest privately held yoga group, Trevor Tice of Core Power Yoga (although the management team now is overwhelmingly female).

Women have been major influencers in the west from Indra Devi and Blanch Devries to Shiva Rea, Sharon Gannon, Seane Corn, and Sarah Power (powerful by name and nature in spreading Yin yoga).

There are more female teachers than ever today, and that’s good. More females in leadership roles would be even better.

Of course, feminine energy is not the exclusive domain of women, just as masculine energy isn’t the sole prevail of men.

In truth, I watch a lot of feminist politics play out from the sidelines, just as I do yoga politics, preferring resolutions framed with love rather than through power. I reckon we should be less concerned with who’s in charge, and more concerned with taking charge of our own attitudes, as males and females, to help correct the imbalance of male yang energy in our busy and competitive world.

And I’m smiling as I see the rise and rise of the feminine Yin yoga, as the style I love to teach the most.

While many people, men and women alike, come to yoga with a fitness background and exercise mindset, and so strive and push (yang) their way into postures, the practice of yoga, and Yin yoga in particular, softens almost everyone over time.

Hopefully that softening means we are less judgmental of ourselves and each other — about what yoga gear we wear, what shapes we make, the different shapes of our bodies, and the diverse backgrounds and stories we bring to the mat.

Hopefully that softening breaks down stereotypes and we feel free to practice yoga whoever we are, and however we want to — no judgment.

The studios I teach and practice in attract a large number of moms in their late thirties and forties (my demographic), many trying to carve out some time for themselves away from family and work responsibilities. I love seeing yoga empower their lives beyond their roles as mothers.

So do we need more feminine (yin) energy in yoga? I say yes.

The whole world needs more yin energy and yoga is a great place to start the yin evolution.

What do you think? Is yoga too feminine already, or do you think it could do with more feminine yin energy? Share your thoughts with us in the comments below!