Is Yoga a Girl Thing? 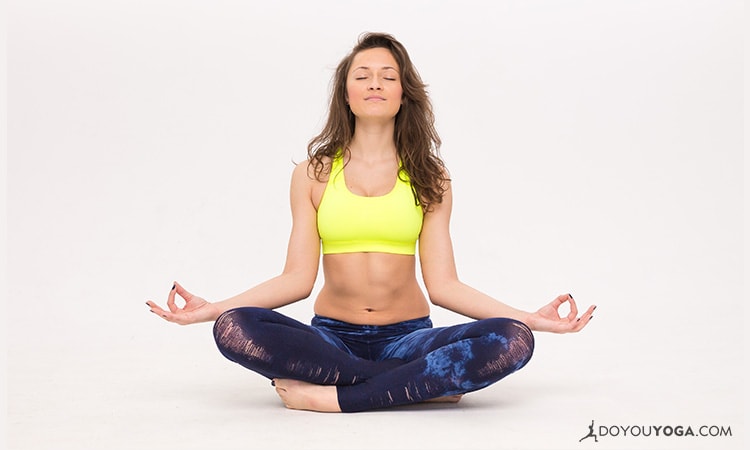 Maybe you’ve tried to convince your boyfriend to come to your awesome hot yoga class on Tuesday night only to have him laugh and tell you yoga is for girls. If you’re like us, you’ve heard at least one man in your life claim that guys just don’t do yoga. With all that emphasis on flexibility, controlled breathing, and spirituality, yoga is clearly a girl thing, right?

Sure, the gender balance of the yoga world has shifted in recent years, particularly in the West. Case in point: 2012 study shows that 80% of yoga practitioners in the United States are women. But yoga has been around for more than 5,000 years, and its popularity among women is a change that has occurred only very recently.

With so many female-dominated yoga classes and the large community of inspirational women teaching yoga around the world, it may surprise you to learn that for most of its history, yoga was practiced almost exclusively by men.

The history of yoga is notoriously mysterious. The one thing we know for sure is that yoga predates written language, and even after Patanjali recorded the Yoga Sutras around 600 B.C.E., yoga remained an oral tradition. It was passed down from teacher to student, and with a few notable exceptions—such as the legendary 14th century Bhakti Yogi and mystic poet, MiraBai—practitioners were almost always men.

Yoga was primarily practiced by religious ascetics who aimed to liberate themselves from the cycle of rebirth and death. Early yoga was focused on meditations that would allow them to gain ‘superpowers’ such as the ability to overcome hunger and thirst, thus freeing themselves from the suffering of the physical world.

The asana-based Hatha yoga, the basis for most yoga practiced today, didn’t gain popularity until the Middle Ages. It’s ironic that this type of yoga is now seen as ‘girly’, because Hatha yoga was originally practiced by a militarized yogic order known as the Nath yogis.

In the West, men are taught to focus their energies outward, not inward, and one of the reasons guys think yoga is ‘girly’ is because of the emphasis on meditation and self-reflection. But the Nath Yogis understood that meditation is powerful a tool for strengthening mental focus and generating spiritual power.

Yoga in the West and How it Got ‘Girly’

Ironically, the history of how yoga came to be seen as ‘girly’ begins with a patriarchal guru who originally didn’t want to teach yoga to women at all. This guru, T. Krishnamacharya, was teaching yoga under the patronage of the Maharaja of Mysore when he was approached by Russian-born actress Eugenie Peterson, later known as Indra Devi.

Krishnamacharya initially refused to take Devi on as a student because she was a woman and a Westerner, but later on agreed to teach her because the Maharaja of Mysore, who was a friend of Devi’s, spoke on her behalf. Legend has it that at first, Krishnamacharya tried to break her will to learn yoga through physically demanding training, but her commitment led them to become great friends.

In 1947, Indra Deva brought her love of yoga to the West by way of Hollywood, where she took on students like Marilyn Monroe, Greta Garbo, and the famous cosmetologist, Elizabeth Arden. In fact, it’s thanks to Indra Deva that yoga is so commonly seen in health retreats in the U.S.; after studying with Deva, Arden incorporated yoga into her health spa programs for the rich and famous.

Indra Deva’s teaching and smash-hit books put yoga on the Western map, but another woman, Lilias Folan, brought yoga to the mainstream with her PBS show “Lilias, Yoga, and You.” First airing in the 1970’s, Folan literally brought yoga into living rooms all over the U.S., where her gentle teaching style and beginner-friendly poses caught on in a big way. Stay-at-home mothers especially identified with Folan.

Lilias Folan did a great thing for yoga. During a time when it was only practiced by starlets and hippies, she brought the joy of yoga to millions who never would have discovered it otherwise. But her popularity with female audiences solidified the idea in the U.S that yoga is somehow meant for women.

So Is Yoga ‘Girly’ or What?

With 5,000 years of history, it’s hard to argue that yoga is any one thing. Yogis are endlessly debating whether modern yoga, with new styles like AcroYoga, is even “real” yoga at all.

The one thing we can say for sure is that practicing yoga in any form has amazing health benefits, like reduced stress, increased concentration, and a healthier heart. These benefits are the same for both men and women, and the growing abundance of websites and classes aimed at men shows that guys are starting to take notice.

After all, yoga is good for more than just your body. Yoga brings peace and joy to those who practice it. If it takes yoga bags designed to look like Chipotle burritos to help men understand that yoga is for everyone, then so be it!