Is Putin “Macho” Enough for Yoga? 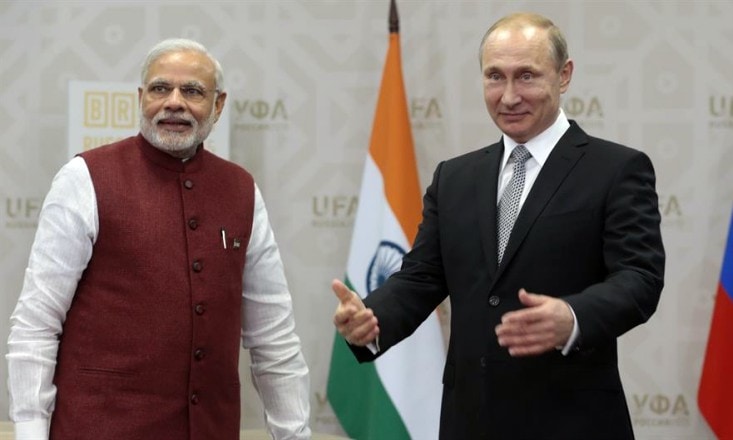 Russian President Vladimir Putin is adding a new sport to his repertoire: yoga. Last Wednesday, he told Indian Prime Minister Narendra Modi that he was ready to add yoga to his already lengthy list of sports-related accomplishments, including his black belt in judo and his Formula One racing skills.

Putin met with Modi as part of two summit meetings Russia is hosting that are intended to show that Russia has friends, according to the New York Times. Modi thanked him for the enthusiasm with which Russia greeted International Yoga Day on June 21.

Following this, Putin expressed his admiration for the practice, even admitting that some of the asanas might not be very easy.

“I will see what my level of fitness allows,” he told Modi, according to the New York Times. “But when you see real yogis, it seems that it would be impossible to reach that kind of skill, and that’s what stops me.”

Putin is well known for his public displays of sportsmanship. In addition to the judo and Formula One racing, he plays hockey (scoring eight goals in an exhibition match with NHL players in Sochi two months ago, which, according to the Times, has absolutely nothing to do with the fact that Putin is president of Russia).

He also swims, has been photographed hunting and horseback riding (often bare-chested), and reportedly once took down a charging tiger with a tranquilizer dart, says the Times.

Putin’s acceptance of yoga comes at an ironic time, considering the central Russian city of Nizhnevartovsk has just ordered two yoga studios out of municipal space, saying that it was doing so to keep public order and to prevent the spread of “new religious cults and movements.”

It remains to be seen if Putin’s new love for yoga will popularize the practice in Russia and if this will lead to more bare-chested photos of the Russian president doing masterful asanas (which, admittedly, would be very interesting to see).

What do you think? Will Putin be a successful yogi?