How Yoga Saved Me From A Toxic And Abusive Relationship 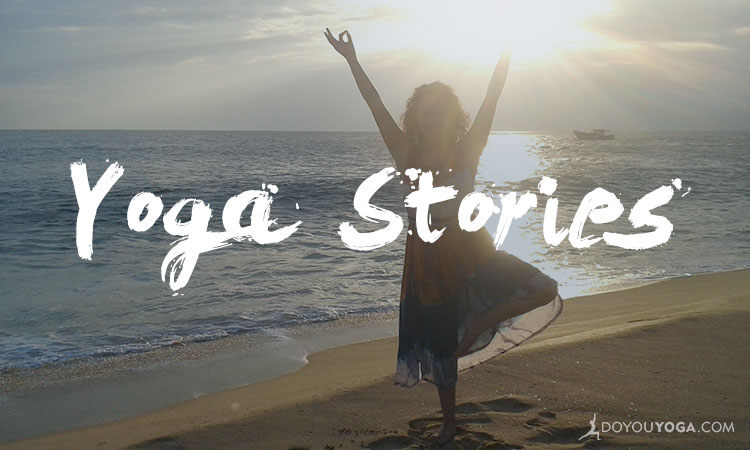 It wasn’t my first time on a yoga mat. I had dabbled in yoga in the past, picking up random classes at the gym or choosing yoga over competitive sports at school, but it wasn’t the same. Here I was, in a London yoga studio with an American Anusara teacher, and I felt something truly profound. People often say that, “Things will all fall into place,” but I’d never really believed it until that day.

Being In An Abusive Relationship

Six months earlier I had been assaulted by my boyfriend. We had been together for just four months and although I didn’t realise at the time, he was emotionally and psychologically abusive towards me constantly. He seemed irritated by most things I said and did, he was obsessed with whether or not my friends or family liked him, and he needed to be involved in every part of my life.

He was also very manipulative. After each argument, he would break down and apologise profusely until desperation was pouring out of his eyes. One time, I remember him even saying that he felt like no one would ever love him and he would never be happy because he had inherited his father’s bad temper. I pitied him. I wanted to help him.

And to be honest, I really believed, and still to this day believe, that he loved me—which then brought feelings of guilt to me because I wasn’t in love with him at all.

My reasons for enduring this toxic relationship were and still are unclear to the people around me, and even to myself. But I did endure, until one night, a couple of weeks before we were due to go to Thailand (a trip I’d had planned since before I knew him, which he had since persuaded me to let him come on), the arguing began as it always would.

I insisted I didn’t want to argue, that we would talk it over in the morning and that I would go home because I didn’t want to stay at his house with him yelling at me. The next two hours were spent with him physically abusing me, but in spite of each push or pull, punch or poke, I continued to insist that it was over between us. I couldn’t be frightened into staying with him.

Fast-forward a few months and I had moved out of my home city for a job in London, leaving my friends and family behind. I was anxious with court proceedings against my ex, lonely in a new city, depressed from being disappointed that the job hadn’t been what I had expected. My mom recommended that I should try yoga to help me to chill out… in fact, in spite of me never showing much of an interest in yoga, she suggested I should become a yoga instructor! (Mothers know best, eh?)

I had been to India the year before and had countless opportunities to practice, but had always declined. I wasn’t ready for yoga at that time. But now, when I was desperate for something to ‘save me,’ I decided to head to class.

I could have cried every day during those first few months of practice. Whether I was on the mat at home watching the 30-Day Yoga Challenge before bed, doing Sun Salutations in the office before everyone else arrived, or taking Child’s Pose for the duration of a group session, I felt as if I’d fallen into the arms of a friend who would love me unconditionally for the rest of my life.

It has been just over a year since that first day on the yoga mat. And after four months in Asia learning more and more about the practice which saved me, I am now a yoga instructor.

My Then And Now

When I arrived back from my teacher training in India, I had the option to stay in London or move back to my hometown where my ex lives. London has plenty of yoga studios and would have provided me with lots of working options. However, the fact that my hometown doesn’t offer a myriad of practice locations attracted me. I wanted to give the people of my hometown the opportunity to love yoga, the opportunity which I might never have had if I hadn’t moved to London as a result of my assault.

So the past couple of months have been spent setting up my own business, travelling to different areas of the city and providing yoga to beginners and advanced practitioners alike. One of many things I have learn from leading yoga classes is that everyone has a reason for coming to the mat. Everyone comes because they need yoga, even if sometimes they don’t realise that they need it.

My classes are full of people from all walks of life with all kinds of personal problems from anxiety and depression to fibromyalgia and sciatica, back pain and sports injuries to low self-esteem and insomnia—the list is endless. But in the same way as yoga crept up on me, each practitioner needs to be ready to welcome yoga in.

If this can happen organically, the practitioner will be hooked for life.

by Gabriella Buxton – Gabriella is a certified 200-hour hatha yoga instructor based in Staffordshire, England. Her classes are inspired by art, music and culture. She spends a lot of time building playful, creative and flowing yoga sequences with strong focus on alignment and breath. When she isn’t organising her own classes at a variety of local venues, Gabriella is saving her pennies for her next Asia backpacking trip, reading dystopian fiction, fashion magazines and trashy novels, and eating anything which involves Nutella. Find out more about Gabriella on her website and connect with her on Facebook and Instagram.