How Yoga Helped Me Heal and Finally Start Eating Healthy 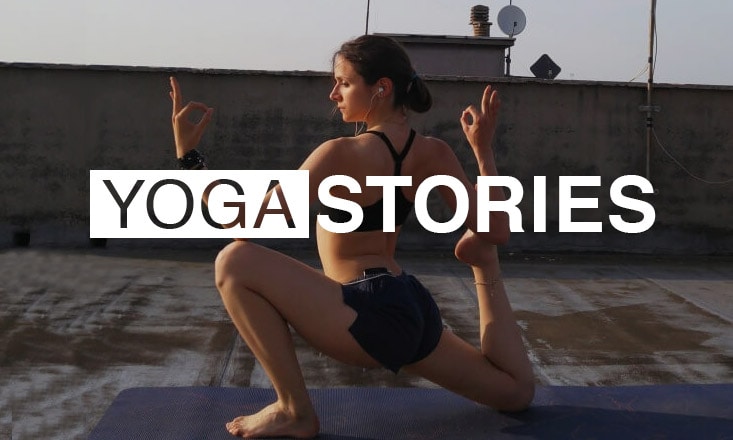 In the sixth chapter of Bhagavad Gita, one of sacred lyrics of Hinduism, we can read:

There is no possibility of one’s becoming a yogī, O Arjuna, if one eats too much, or eats too little, sleeps too much or does not sleep enough. But, for the one who is moderate in eating, recreation, working, sleeping, and waking, this yoga destroys sorrow.

For those who haven’t read the Bhagavad Gita, like me, this step is quite important, because let’s face it — how many of us can claim to have a balanced diet, an efficient metabolism, a perfect sleep-watch rhythm?

I didn’t have such things. I suffered from bulimia during college, I used to sleep 4 hours per night in order to study, I had stress related acne, and my body and mind used to suffer much from this condition.

Healing With the Help of Yoga

When I began yoga (although I had started a course few months earlier), I was hospitalised — for something I wouldn’t wish to anyone — and there wasn’t anyone there to help me, so I began with a tool that worked for me: internet.

So I was sitting in the gym where we used to do physiotherapy, and with my cellphone in hand, I began scrolling to see how I could do Downward Facing Dog. I somehow did it. But from that very first awkward Down Dog, I began to feel something.

It wasn’t pain, but rather something good. Maybe it was endorphin or adrenaline, who knows, but whatever it was, it made me cry…a lot. At the time I had lost contact with my body, I felt it like an instrument, a broken one, and one that was very detached from me. It was screaming for something more.

Yoga made me FEEL my body, like it was my very own temple.

I began practicing yoga every day. Slowly my body changed; my muscles were not so weak, and it began to ask for more healthy things.

I returned home and there began my journey. I began to eat in healthier ways, asking for more digestible, healthier food, even if I never read the Bhagavad Gita. In the end, I became vegetarian. It was easy, I just didn’t feel as if I needed meat anymore, I wanted to nourish myself with earth’s products, I felt they were enough.

“Enough” — What a beautiful word! Not more, not less, enough.

I slept more, I ate when I was hungry, I worked and stopped when I needed to. My body weight slowly became more proper for me, by body shape too. I began brushing myself gently and put on some cream, because “Hey gorgeous, what a body you have there! Let me cherish it!”

And now, 3 years passed since that first Down Dog, and now I understand my body almost fully. It was the most natural process that I ever experienced. Only now I can recognize in all these happenings the sign of yoga, a sign to heal my scars and help me develop a healthier life.

Of course, in a society where “everything you want, even if you don’t want it, you can get” some mistakes are easily done: some fries every now and then, some sushi, or wine (please be gentle, I’m Italian). But if you want to begin this journey of living and eating healthy, and you want to do it fully, don’t overthink it.

Even if you eat meat, don’t worry too much about it. If you sleep too much, or work too much and don’t have time, or have stress-related problems…don’t worry because you CAN do something about it. Yoga has your back!

It will lead you naturally to the right choices for you, what’s important is that you don’t ignore the signs that your body gives you, and you learn to see that what you already have is enough. You are enough.