How to Use Yoga Blocks in Hip Opening Poses 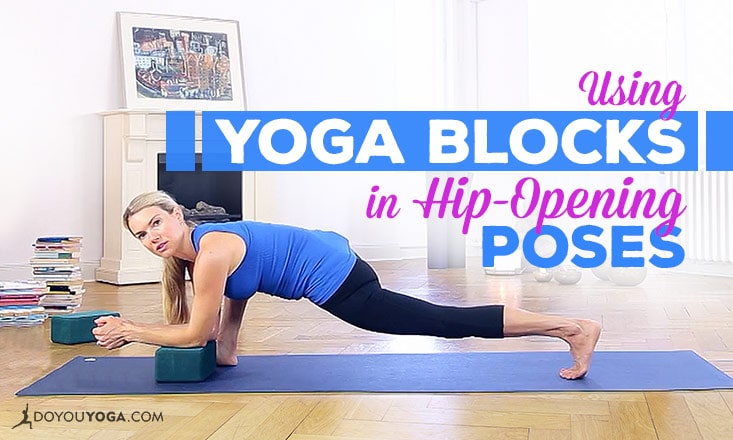 Tight hips are more often the rule than the exception, perhaps due to our modern lifestyle of sitting for extended periods of time and a tendency towards inactivity. When we move less, the range of motion in our hips gets limited, which means the hips are getting tighter.

When the hips are tight, it can have consequences for our posture, and it can cause a whole line of aches and pains elsewhere, ranging from the knees to the back. So it's worth it to keep those hips open!

When you are starting with hip opening poses, and your hips are very tight, some poses may not always feel so available to you. But don't get discouraged, instead turn to some assistance from our friends, the yoga blocks!

Here are some useful tips on how to use the blocks to your benefit with some hip opening poses. 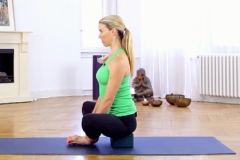 Pose: If you notice that your knees come much higher than your hips, you might start to feel a pull in your knees. This means your knees are trying to compensate for the opening which should be coming from your hips.

How to use the block: Simply sit on the block. This should always be your first move. When you elevate the hips, the pressure on the knees is lessened. Secondly, place blocks under the knee or the upper thigh for support so your legs are resting on the block instead of dangling in mid air.

If you are going for the Supta Baddha Konasana, Reclined Bound Angle Pose, you can place a bolster under your back to elevate the torso a little, while keeping the blocks underneath the thighs. 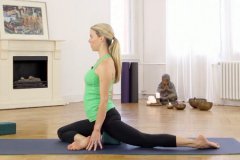 How to use the block: Bring the edge of the block directly under the buttock of the bent leg. This will elevate the side of the hip and bring more stability into the pose. When the hips are even, the sacrum will remain safe. 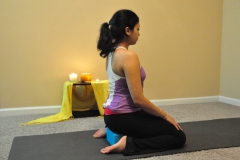 Credit: Peace Off the Mat

Pose: Hero Pose can be very comfortable for breathing exercises, but tricky if you have tight hips. It can feel very uncomfortable for the knees, sometimes even downright impossible to do! A block will help you to be able to enjoy yourself in this pose a bit longer.

Hip opening poses are an important part of any yoga class, and the tighter the hips, the more you'll need them. So don't be shy to grab those blocks to be your support on your way down to more flexibility!