How To Spot (And Love) A Real Yoga Guy 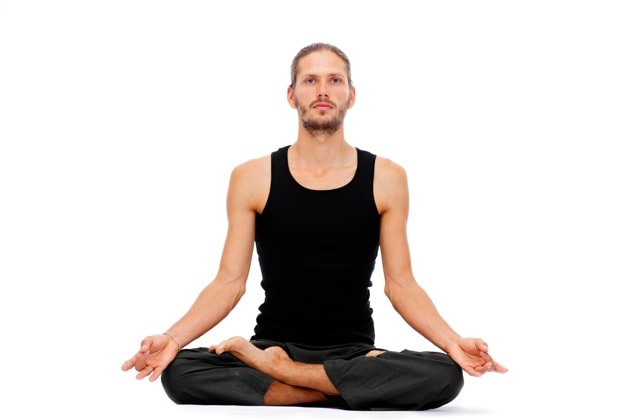 Disclaimer: This is not about the yoga guys that practice so that they can check out your ass.

Maybe you’ve met him– the guy with the sadness in his eyes who quotes in Sanskrit and brings homemade lunch in metal tins. Instantly, you’ll know he’s not like other men you’ve met. There is something different. Then, you realize, he’s the yoga guy.

The yoga guy is a complex engima of strength and loneliness. He defies masculine archetypes, which somehow makes him more of a man. He’s deft in physicality and intellect, yet these traits often become overdrawn at the expense of the balance he so deeply craves. Because, you see, the yoga guy is in constant search of his own acceptance.

Things To Watch For

The yoga guy is intense. He’s no stranger to discipline but, too often, his discipline disconnects him from the what he actually seeks. He’s dedicated to his practice, above everything else. He’ll practice for ritual sake, even at the expense of his own well-being. Just don’t accuse him of this! The yoga guy has an ego. An ego that needs to be loved. In fact, usually, the yoga guy needs to be loved back into balance.

The yoga guy knows bodies. (You. Are. Welcome.) He is no stranger to the magic of the physical form and he is deft with his hands. (See: disciplined practice). And, because the yoga guy craves connection, when he trusts you, the yoga guy will make you his home. He’ll delight at the things you do not like about yourself because he’s learned to marvel the human condition. The yoga guy will embrace your needs as ‘wonderful’ and understand the necessity for having six different types of teas at home. (If you are *really* lucky he’ll even brew a special tea for you!) After all, the yoga guy is a hopeless romantic.

Ultimately, like you, the yoga guy wants to know that he is safe and okay. You might have to initiate this conversation. The yoga guy is lonely but often doesn’t know how to speak about this because his days are full. Remind him that he needs to practice love and joy. Make him laugh. (A good poop joke is usually effective!) Help him see what a diamond he is.