How to Refine Your Warrior III 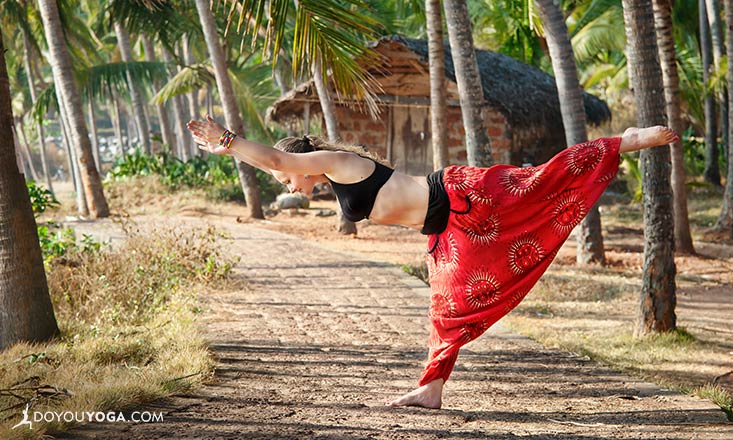 Warrior III is one of those poses that requires everything you’ve got — strength, focus, and willpower — to appropriately align, balance and stay light.

After over a decade of practicing yoga, I still find it one of the most challenging poses. To say the pose is demanding is putting it lightly.

Strengthening the ankles, legs, shoulders and back muscles, along with toning the core, Warrior III requires a strong commitment in the standing leg and a significant lift of the low belly to clear the hip flexors. (Ever feel a pinch in the front of the standing hip in Warrior III? Chances are you’re not clearing the hip flexors.)

That’s not to say that you can’t balance in the pose out of alignment. In fact, I see many students balancing in Warrior III haphazardly. But it’s a struggle. And often uncomfortable. At the very least, they aren’t experiencing the freedom (yes, freedom) of a steady, aligned Warrior III.

Let’s take a closer look at why that is. Almost inevitably, the standing leg in a Warrior III pose begins to turn in, sending the hip out to the side and bringing the outer thigh forward.

The tendency is to dump, and rest, all of your body weight into the standing hip, hyperextending the standing knee, closing off the front of the hip joint and hip flexors and tightening the muscles along your outer leg (think IT band).

Use the following steps to realign and find lightness in your Warrior III, but remember, I warned you — these actions, although simple, aren’t easy to perform so when you’re no longer able to maintain them come out of the pose.