How To Let It Go 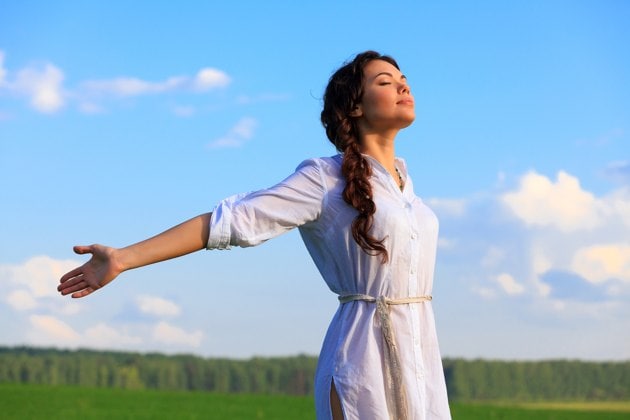 When I observe two people agitated, annoyed, angry, in conflict, I often wonder to myself why can’t they just “let it go.” How did their need to be right or to be in control override a very basic instinct to just be at ease? When I observe my niece (age five) and nephew (age eight) at play, they do get into small disagreements like children do. But typically just as quickly as the frustration occurs, they move past it. I have found that they very naturally own their stuff. It seems to me that it is instinctual to let go, as children quickly decide that their need to be right isn’t serving them and is blocking them from their ultimate aim which is to play, laugh and love. It takes them only a few split seconds to move from being upset to letting go, forgetting, coming back to present and happily moving back to play.

Stop To Analyze And Rationalize

The only time I find these little spats escalate is when they can involve an adult to try to justify their position. The adult tries to analyze and rationalize with the children to try to get clear on who was right and who was wrong. But more often then not, this typically doesn’t resolve anything and has everyone spending way too much time on something that really didn’t matter in the first place.

Learn The Art Of Letting Go

I remember at a certain point in my life after college, I made the decision to let go more and control less. I quite distinctly remember getting it that I was the one suffering by not letting go. I was the one getting hot and bothered and stressed. And none of those reactions were healthy for me. To be honest, it has taken this type-A woman (who always had to be right) a good ten years to finally really feel like she has mastered “the art of letting go.” And how did I master it? I practiced it all the time. Life gives us plenty of opportunities to practice this one.

This decision to “practice letting go” has served me well. It has offered me freedom instead of pain. It has provided me access to solutions instead of more problems. It even gave me back time, for when you “let go” you actually gain back the time that you would have spent doing all the things to prove that you were right. I even believe it has brought me more health over the years, because I didn’t have to stress out over proving that I am right.

Bring The Power Back

Often people can’t move toward letting go because they believe that their power is in question, that if they let go they will be seen as weak, unworthy, wrong, powerless. Quite the opposite. “Letting go” brings the power back to your court. It gives you power back because you can choose to react from balance and present moment, rather then from reactivity. To be clear, letting go is not doing nothing when you are wronged. It is finding your way to peace so you can fully choose the correct action to take that serves you and others best.

The most magnificent thing when you start letting go is that you find it is actually far easier to do then holding on to the need to control. Needing to control or to be right requires a significant outpouring of energy and prana-life force. Energy that quite frankly is better suited for other things like having fun, moving forward and play!